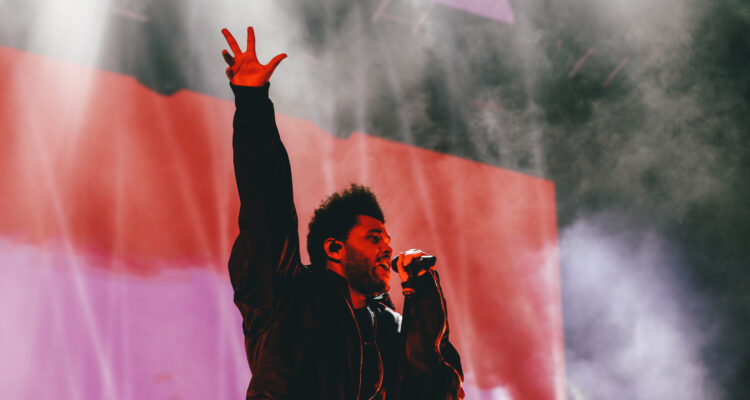 The Weeknd‘s ‘Blinding Lights’ has officially been crowned as the greatest Billboard Hot 100 single of all time.

Included in his acclaimed After Hours LP, the 31-year-old megastar’s record-breaking 2020 hit song has dethroned the 1960s classic ‘The Twist’ by rock and roll legend Chubby Checker.

Commenting on the honor The Weeknd told Billboard: “I feel like I’ve been making that record for a decade.” “I’ve always been tinkering with the [sounds of the] ’80s. It was much more subtle before, but I’ve always wanted to completely dive into it. And 10 years in, I think I’ve earned it.”

The prolific singer/songwriter concurrently teased his new record, titled ‘The Dawn’, which he described as like “purgatory” for the listener, stating: “I started writing the [next] album during the pandemic, which felt like we’re all in this scary, unknown territory.” “And I waited to make music I thought sounded like going outside — I was obsessed with that feeling.” “I just felt like I didn’t know how to make this album until now.” “It probably would be too ambitious for me prior. I knew what I liked, but I felt like I didn’t have the skill sets to deliver that type of project until now.” “Picture the album being like the listener is dead.” “And they’re stuck in this purgatory state, which I always imagined would be like being stuck in traffic waiting to reach the light at the end of the tunnel.” “And while you’re stuck in traffic, they got a radio station playing in the car, with a radio host guiding you to the light and helping you transition to the other side.” “So it could feel celebratory, could feel bleak, however, you want to make it feel, but that’s what ‘The Dawn’ is for me.”

Billboard’s #1 top songs of all time include:

‘Shape of You’ – Ed Sheeran