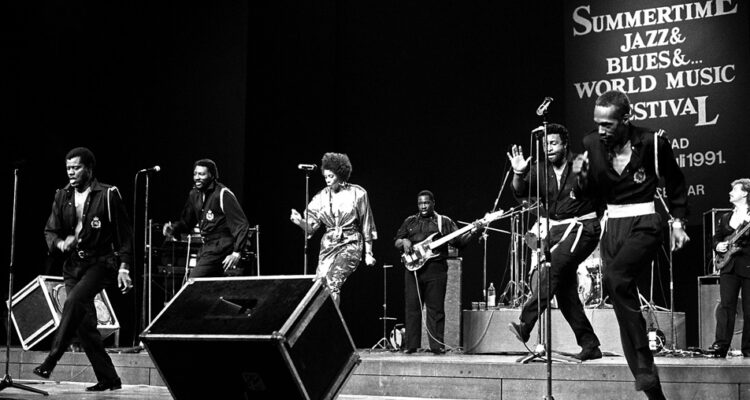 In celebration of the legendary groups 60th anniversary together, of the Temptations release the new Smokey Robinson-penned song “Is It Gonna Be Yes or No.”

Having written many of the Temptations’ most enduring songs – including “My Girl” and “The Way You Do the Things You Do” – Smokey’s new song was executive-produced by Otis Williams (the sole founding members of the Temptations still in the group) and features keyboardist Dave Garfield (bass player for Freddie Washington,) and Tom Petty and the Heartbreakers drummer Steve Ferrone. And for the very first time since “The Christmas Song” (1989) it also features Robinson on vocals.

According to the former Miracles front man: “When Otis called me and said, ‘Hey man, we’re doing a new album and we d like you to do a song,’ that got me excited about working together again,” “That was it, that’s all it took. I proceeded to write a new song for them, and I was very happy to, because it’s been a long time. When I showed up at the studio, Otis said, ‘Man, I want you to sing on this one with us.’ So, I said, ‘Oh, OK, I’m very excited about the song, let s do it!’ You, know, it’s just great working with them, always.”

“It’s wonderful to be back together,” adds Williams. “When the Tempts first met Smoke we were teenagers, young black men in Detroit who had no clue that our partnership at Motown would produce ‘My Girl,’ one of the greatest hits of all time. And our success together didn’t stop there. We had chart hit after chart hit and, soon after, our music was heard around the world. Now, 60 years later, as I turn 80, Smoke and I have come full circle. I never imagined we would have the opportunity to get back in the studio and do it all again.”

The Temptations have been touring steadily for the past six decades and they hit the road for their 60th-anniversary celebration this past summer through June 2022 and on October 16th, their Broadway musical Ain’t Too Proud: The Life and Times of the Temptations will reopen on Broadway.

‘Is It Gonna Be Yes Or No’ will appear on the soon-to-released, Temptations 60 full length.