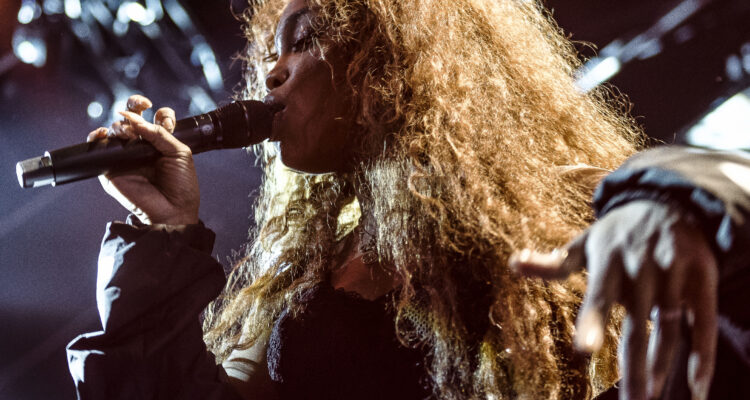 SZA brings her latest hit “I Hate U,” to life with the one-time SoundCloud loosie video on YouTube.

Dubbed a “visualizer,” the follow up to her ‘official video’ finds leading-man LaKeith Stanfield involved in a heated argument over the phone by the oceant. Following the heated conversation, he receives a simple text message from SZA, whose photo is his wallpaper.

Taking to Instagram by marking the video as “Part 1” and “Not the end,” SZA is teasing a follow-up to the clip. “I Hate U” was directed by Jack Begert, who has collaborated with SZA’s Top Dawg Entertainment label-mates including Kendrick Lamar, ScHoolboy Q, SiR and Jay Rock on music videos for songs like “King’s Dead” and “Hair Down.”

First introduced by the artist last August, “I Hate U” accompanied two other songs in a SoundCloud “dump” of “random thoughts.” In December, the song was officially released as a single on all streaming platforms after fans weighed in via TikTok with SZA writing: “I jus wanted somewhere to dump my thoughts w out pressure… y’all made it a thing and I’m not mad lmao. Ask and u shall receive.” “I Hate U” became the most-streamed R&B song by a female artist on Apple Music in its first week, the company said.