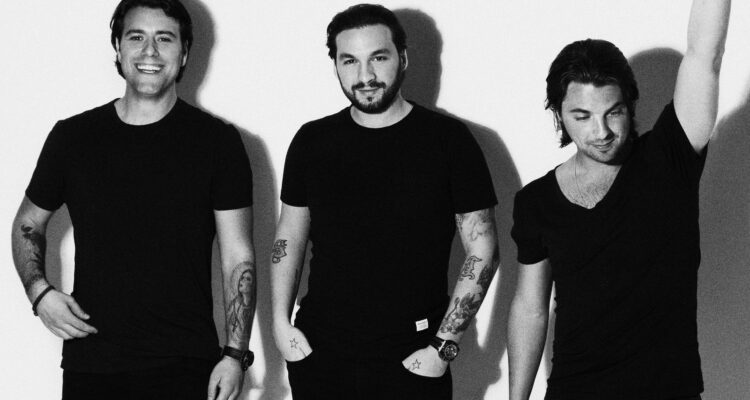 After going their separate ways in 2013, the Swedish House Mafia have formally announced their return with new music and a new record label.

After nine painstakingly long years—including what feels like an eternity since their Ultra 2018 reformation—Axwell, Sebastian Ingrosso, and Steve Angello have risen again ceding their first piece of new music since 2012’s Grammy-nominated classic, “Don’t You Worry Child” with John Martin.

Scheduled to be a “late 2021,” release, Axwell, Sebastian Ingrosso, and Steve Angello will turn in Paradise Again, the Swedish trio’s first album, original-only project (excluding Until One and Until Now) to include their first productions in almost ten years.

“It Gets Better”—the ID that Swedish House Mafia re-welcomed themselves back into the public eye with during their first reunion show inside Stockholm’s Tele2 arena—has been set free, albeit completely unexpectedly and in an entirely different form than the 2019 version that we’d initially come to know and love.

Clearly an interesting road back, if it seems like the re-union has come together in an instant, it’s because it did. Speculation started on July 9 when a first suspicious poster—which included little more than Swedish House Mafia’s unmistakable three dots and a date of July 16—was seen in Melbourne, Australia. Yet as Axwell began to release some indirect confirmation via his Instagram account and additional posters surfaced several days later in Stockholm, followed by New York City, the notion that Swedish House Mafia would return started to pick up steam. Later that same day the group’s logo appeared on a billboard in the heart of Manhattan’s Times Square, along with a Spotify logo and a July 15 due date, formally confirming a new release.

Other than “Underneath It All” with Mike Posner, after more than two years of it sitting untouched in the ID vault, the Swedes agreed that “It Gets Better” deserved a complete makeover. Preserving the sample of Divas of Color’s 1994 single “One More Time,” “It Gets Better” went through a “severely long” creative process, according to Axwell. With their new sound, a new Republic Records deal, and new management, Swedish House Mafia wound up their polished production into the 2020s!