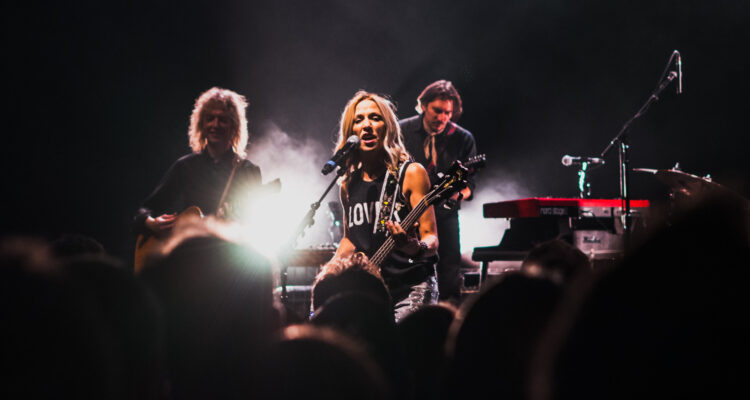 While on tour with Michael Jackson in 1987, Sheryl Crow was supposedly harassed by the now deceased superstar’s manager .

According to a popular British news outlet, Crow was just 25 years old when she was hired as a backup singing for Jackson’s “Bad World Tour”. The King Of Pop’s then manager Frank DiLeo, who was 39 years old at the time, allegedly harassed the singer and songwriter. Crow’s claim comes approximately one decade after DiLeo’s death at the age of 63, and almost 12 years since Jackson prematurely passed at 50 years old.

“Naiveté is a wonderful thing. It was wonderful in every aspect for a young person from a tiny village to travel the world and collaborate with possibly the greatest pop performer of all time,” the source quoted Crow as saying. “But I also got a crash course in the music industry.” Sheryl, now 59, alleges DiLeo contacted her on multiple occasions with offers to make her a star, claims that if she reported him or spoke out about his physical advances, that he threatened to ruin her career.

Crow isn’t the only person to speak out about the harassment she experienced early in her career and mentioned DiLeo in the sixth song on her 1993 album “Tuesday Night Music Club.” Toward the conclusion of her third stanza, she acknowledges Jackson’s manager in “The Na-Na Song” with the lyric “Frank DiLeo’s dong/Maybe if I’d have let him I’d have had a hit song.” In 2017, the singer spoke out about the alleged harassment as part of the #MeToo movement. “On my first big tour as a backup vocalist, I had a manager. When I went to see a lawyer, he advised me to tough it out since the person could help me out a lot “Crow penned a letter at the time …so I wrote songs about it on my first record.”

Crow told the source that she believes sexual harassment has been handled more seriously in recent decades, but that there’s still space for change. “It feels like we’ve come a long way, but it doesn’t feel like we’re quite there yet,” “to be able to play that stuff about the long bout of sexual harassment I endured during the Michael Jackson tour and to talk about it in the midst of the #MeToo movement.”

Following Frank DiLeo’s split from Michael Jackson in February of 1989, the manager (and former CBS Records executive nick names ‘Tucci’) collaborated with a number of notable musicians including Prince, Jodeci, Cyndi Lauper, Ozzy Osbourne, Gloria Estefan, and Bon Jovi guitarist Richie Sambora. Despite the challenges she encountered in her mid-20s, Sheryl Crow rose global celebrity status in her own right earning nine Grammy Awards out of 31 total nominations, and her albums have sold more than 50 million copies worldwide.