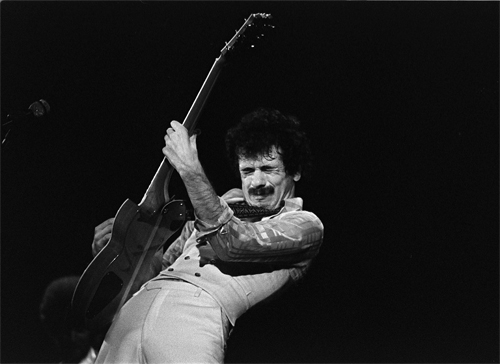 In the new black-and-white visual, the Matchbox20 front man, Thomas, and the legendary Santana perform in a storm where lightning strikes during their electric musical jam.

Explaining the collaboration, Carlos stated: “‘Move’ came about very much like how ‘Smooth’ happened.It was like divine intelligence behind the scenes, and I just knew I had to record it with Rob. The song is about awakening your molecules. Ignite and activate yourself — you know, move. When Rob and I work together, we have a sound that’s splendiferous.”

When it was released in 1999 the Santana / Thomas’ “Smooth” duet was an instant hit and of the track’s 20th anniversary, Thomas told Rolling Stone: “It went through the, ‘Hey, this is a good, cool summer jam,’ and then the, ‘Hey, we’re all sick of this song and never want to hear it again. And then it went through the, ‘Hey, let’s listen to that song again. I remember it. That sounds good still!’”

Arriving on October 15th via BMG, ‘Move’ will appear on Blessings and Miracles, which is available now for preorder.