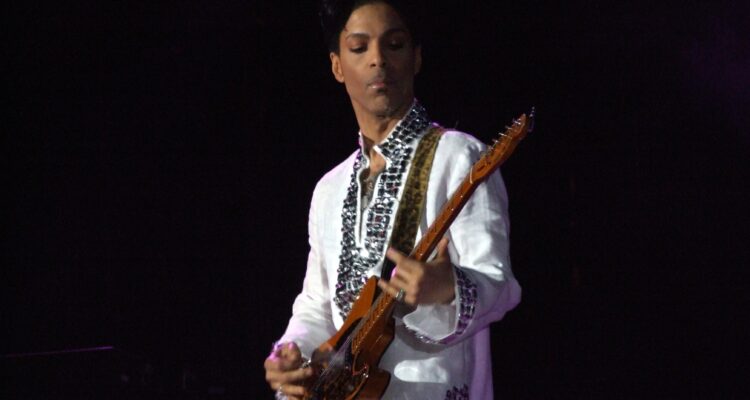 “Prince is a Minnesota icon,” said Omar in a statement. “He showed that it was OK to be a short, Black kid from Minneapolis and still change the world. He not only changed the arc of music history; he put Minneapolis on the map.”

With seven Grammy Awards, six American Music Awards, an Oscar for the score to “Purple Rain” and a Golden Globe, the legislation states that Prince is “widely regarded as one of the greatest musicians of his generation”. His list of professional achievements also includes being a member of the Rock & Roll Hall of Fame, selling 150,000,000+ records worldwide with “Purple Rain” added by the Library of Congress for preservation in the National Film Registry. The bill also puts into the Congressional record the symbol he used to replace his name for a time that Prince called “The Love Symbol.”

Born Prince Rogers Nelson, the singer/songwriter/arranger/instrumentalist recognized initial success in the late 1970s with “Why You Wanna Treat Me So Bad?” and “I Wanna Be Your Lover,” and enjoyed Herculean attention throughout the following decades with other singles “Little Red Corvette,” “Let’s Go Crazy” and “When Doves Cry,” and LPs “1999,” “Purple Rain,” “Sign O’ the Times,” “Graffiti Bridge” and “The Black Album.”

Should the gold medal be approved and manufactured, the bill asks that it be given to the Smithsonian Institution, and made available for display at the National Museum of African American History and Culture or on loan.

Prince, whose hits include died April 21, 2016, of an accidental fentanyl overdose at age 57 at his Paisley Park estate in Chanhassen, Minnesota.