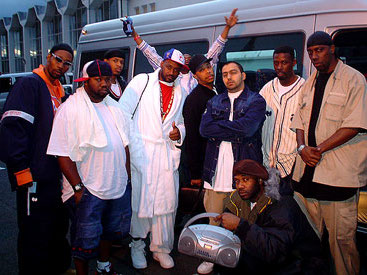 Originally purchased by now-convicted felon Martin Shkreli in 2015, the Wu-Tang Clan auctioned off a one-of-a-kind album dubbed Once Upon a Time In Shaolin.

The disgraced pharma-villain was subsequently forced to forfeit the album to the United States government in 2017 as part of a seizure of his various assets and in July of 2021, the full length project was bought from the government and sold to an undisclosed buyer. The lawyer representing the second purchaser of the album, Peter Scoolidge, revealed that the new owners would go public within the following months.

The official owner of Once Upon a Time has been revealed to be PleasrDAO—a collective group dedicated to buying digital collectables and portioning out NFTs to multiple digital owners rather than just one physical owner.

With limitations placed on the only copy of the LP that ensure tight security on who can even listen to the album for the next 88 years, it’s currently ambiguous as to what PleasrDAO will do with their newfound property. With the best of intentions of getting the album out to the Wu-Tang fans ’round the world, a spokesperson for the agency that brokered the deal, says that the plan is to get clever. 6 co-founder Jesse Grushack tells cryptocurrency outlet Coindesk that, “Theoretically, [PleasrDAO] could have 5,000 owners of the album and make a private listening party for those owners.”

Purchased for $4,000,000, Once Upon A Time‘s collision with the NFT space is understandable given the album is a one-of-a-kind appreciating artistic asset; an original NFT of sorts, before the term exploded into the mainstream this year.