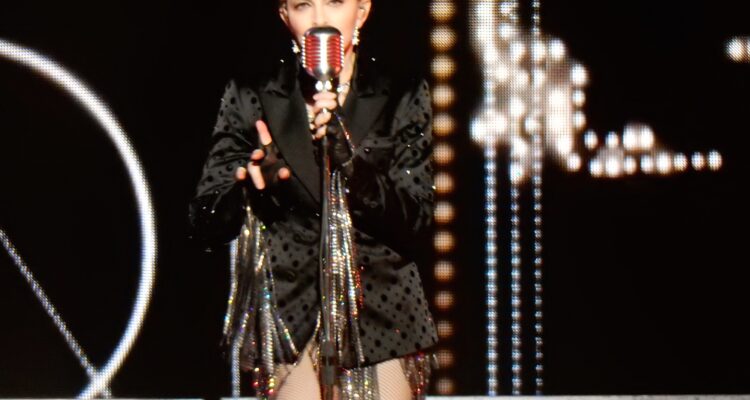 The latest in a small list if pop up performances, Madonna showed up a the Red Rooster restaurant in Harlem alongside Jon Batiste and his band before taking to the streets to sing “Like a Prayer.”

Currently promoting Madame X, her new documentary concert film, the now 63-year-old diva, performed for an intimate crowd of about 100 friends and fans in the basement of Marcus Samuelsson’s restaurant onSaturday,

During part of the show and dressed in a black cocktail dress, lace gloves and long blonde wig singing “Dark Ballet,” “La Isla Bonita” and the Portuguese “Saudade,” Madonna draped herself on top of Batiste’s piano,

At one point Madonna dropped to her knees to sing her 1989 hit, “Like a Prayer,” and then invited the band to take their instruments and join her, along with the audience, out onto 126th Street where the singing continued. The group ended up outside a nearby church where Madonna offered an invocation. “The Lord is with all of us,” she said. “Sometimes you just have to say a prayer.”

“Obviously, Madame X has been born,” said the legendary poster. “She was always here. She’s always been by your side, encouraging you, pushing you, inspiring you, I hope.”