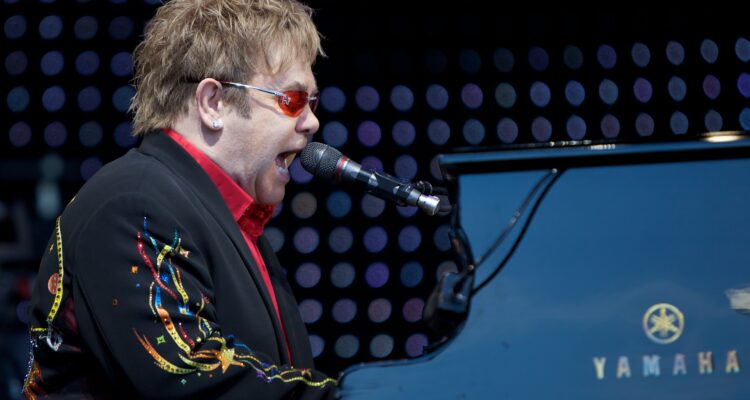 As part of a track list that includes collaborations with Eddie Vedder, Stevie Nicks, Gorillaz, Stevie Wonder, Brandi Carlile, Nicki Minaj, Miley Cyrus, and more, the rapper will appear on “One of Me,” The LP’s debut single “Cold Heart (PNAU Remix)” with Dua Lipa was released earlier this month.

Though the X took part in honoring Sir Elton during the iHeart Radio’s Icon Award in May, “One of Me” marks the Sony Music musician’s first collaboration with Sir Elton who, when he accepted the award, shouted out to Lil Nas, declaring him “A wonderful artist and has balls of steel.”

In addition to this unique alliance, Lil Nas X is set to release his debut album Montero come September 17th. Revealing the album cover art on Tuesday, in a colorful Lisa Frank-esque scene, the rapper hovers naked above a river, surrounded by a rainbow, stating: “Creating this album has been therapy for me,” he said. “I’ve learned to let go of trying to control people’s perception of who I am, what I can do, and where I will be. I’ve realized the only opinion of me that really matters is my own.”