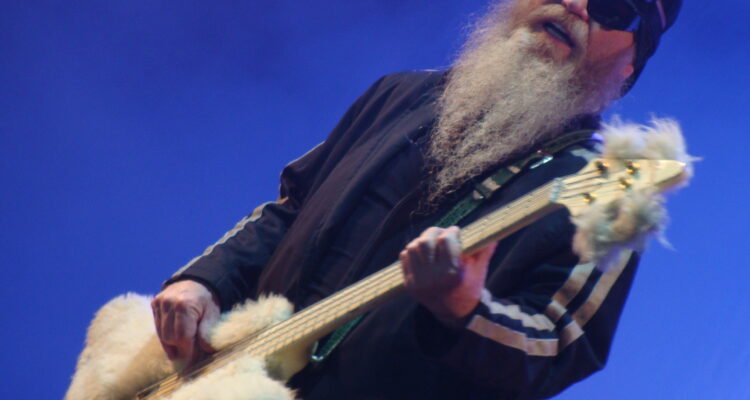 According to the band’s official website, the bearded bass player with American blues-rock band ZZ Top, Dusty Hill, has died at the age of 72.

A statement, from his surviving ZZ Top band mates Frank Beard and Billy Gibbons, said: “We are saddened by the news today that our Compadre, Dusty Hill, has passed away in his sleep at home in Houston, TX.” “We, along with legions of ZZ Top fans around the world, will miss your steadfast presence, your good nature and enduring commitment to providing that monumental bottom to the ‘Top’.”

Originally formed in 1969, Hill stayed with ZZ Top for more than five decades, performing alongside Beard and Gibbons for a string of hits – including “La Grange,” “Tush” and “Gimme All Your Lovin” – and 15 studio albums. Born in Dallas, and trying to break into the local music scene, Dusty eventually moved to Houston, where he met Gibbons. Although Gibbons was the lead vocalist on the majority of the band’s songs, Hill sang their early hit “Tush. And he was seen him on the silver screen in “Back to the Future Part III” and on “Deadwood.”

Last week, the band’s official site shared that Hill was being sidelined due to a “hip issue.”

The band’s longtime guitar tech, Elwood Francis, stepped in for Hill.” Per Dusty’s request, ‘The show must go on!” the band had written in a statement and “You will be missed greatly, amigo,” Beard and Gibbons added.

The band was inducted into the Rock & Roll Hall of Fame in 2004.