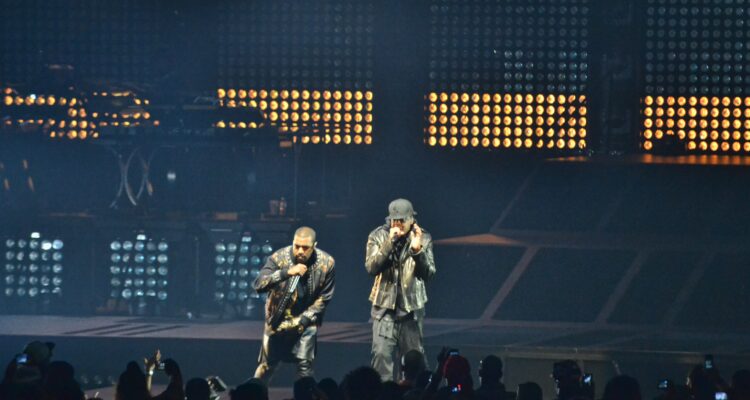 As part of the highly anticipated Kanye West album listening party, the superstar rapper/writer reunited with Jay-Z for their first collaboration in more than six years.

While the two rappers worked together frequently over the years, they fell out after Mr Carter and his wife Beyoncé opted not to attend Kanye and Kim Kardashian‘s 2014 wedding.  Following West’s recent split, however, it appears that the two creatives are back on track.

Premiered during last nights fete in Atlanta the tune closed the event though Jay’s addition was completed just hours before, according to producer Young Guru who tweeted that JAY-Z “did the verse today!!!! At 4pm”.

Social media clips reveal Jay raps: “Donda, I’m wit your baby when I touch back road / Told him stop all that red cap, we goin’ home / Cannot be with all of these sins casting stones / This might be the return of The Throne / Hova and Yeezy like Moses and Jesus.”