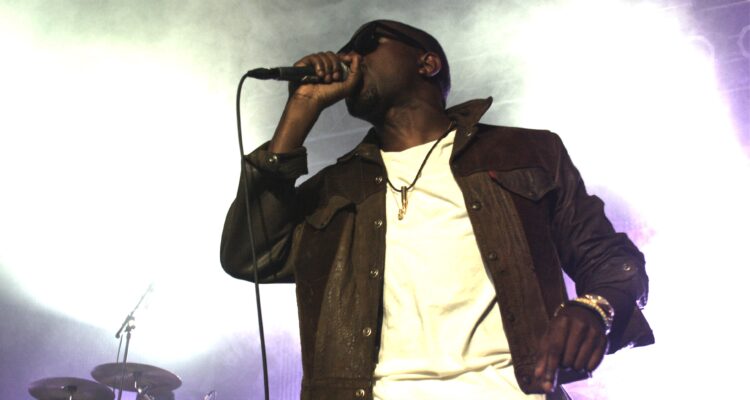 Kanye West wants John Legend and Big Sean to apologize for voting Democratic during his 2020 run for presidential of the United States.

During an appearance on Thursday night’s Drink Champs podcast, the controversial rapper took aim at Legend and Sean, both of whom used to be signed to his music label, criticizing them for failing to support him when he campaigned to replace Donald Trump, stating:

“Both John Legend and Big Sean, when I ran for office, got used quick by the Democrats to come at the boy that actually changed they life. And that’s some sellout s**t,” he said. “And I don’t rock with neither of them and I need my apologies… but n****s is scared.”

The 44-year-old who ran as an independent candidate prior to changing his legal name to Ye, earned some 60,000 votes for president across 12 states while Legend publicly supported Joe Biden as his first choice after Elizabeth Warren, failed to become the Democratic nominee.

The longtime friends have had their political differences in the past with John reaching out to Kanye over his support for Trump. In the private text exchange, which the rapper shared via 2018 Twitter, Legend asked West to “reconsider aligning yourself with Trump” explaining, “So many people who love you feel so betrayed right now because they know the harm that Trump’s policies cause, especially to people of color. Don’t let this be part of your legacy.”

In response, West wrote, “I love you John and I appreciate your thoughts. You bringing up my fans or my legacy is a tactic based on fear used to manipulate my free thought.”

In a 2020 interview with The Sunday Times, The Voice judge addressed their friendship by saying, “I don’t think we’re less friends because of the Trump thing. I just think we’re doing our own thing. He’s up in Wyoming. I’m here in L.A. We’ve both got growing families and I no longer have a formal business relationship with him as an artist, so I think it’s just part of the natural cycle of life.”