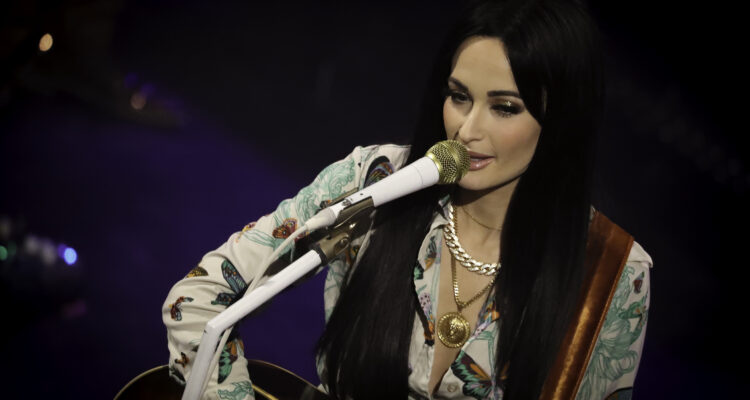 Flanked by a grand piano while standing in the corner of Tavern on Camac (Phily’s longest running gay bar,) Musgraves made her way through a verse and chorus of Fleetwood Mac’s “Dreams,” (the 1977 single that returned to the charts in 2020 thanks to a viral skateboarding TikTok.)

The name of Kacey’s tour come from the singer’s 2021 Star-Crossed LP that followed her Grammy-winning Golden Hour, and talking about her latest collection that was partly inspired by her divorce from fellow artist Ruston Kelly, the singer/songwriter stated:

“Part of me questions marriage as a whole, in general. I mean, I was open to it when it came into my life. I embraced it.” “I just have to tell myself I was brave to follow through on those feelings. But look at Goldie Hawn and Kurt Russell. They’re doing something right.”