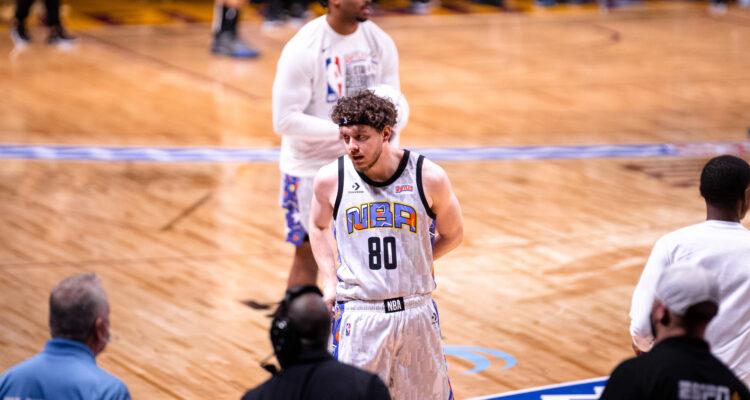 From his latest album, Come Home the Kids Miss You, Jack Harlow stopped by The Tonight Show to perform the single “First Class.”

Surrounded by fog while standing alone in front of a cloud-covered backdrop, the superstar rapper showcased the song and joined host Jimmy Fallon for an interview, in which he discussed performing with Lil Nas X, and his new album. During his first-ever late-night talk show interview Harlow said his recent success was “validating.” “I think I appreciate it, you know.” “I appreciate it because it’s fragile to me and I know I worked for it. I think I don’t take it for granted at all because of that.”

Released last week Come Home the Kids Miss You is Jack’s s second major-label album and features collaborations with Drake, Pharrell, Justin Timberlake and Lil Wayne. The new LP also includes a track called “Dua Lipa,” where the rapper confesses his romantic interest in the pop singer declaring, “I’m tryna do more with her than do a feature.”

The “Nail Tech” hitmaker embarks on a 22-date North American tour this fall with support from special guests, City Girls. The Come Home the Kids Miss You Tour launches September 6 in Tennessee through October 16 in Atlanta. Tickets go on sale Friday, May 13 at 10 a.m. local time via Ticketmaster.