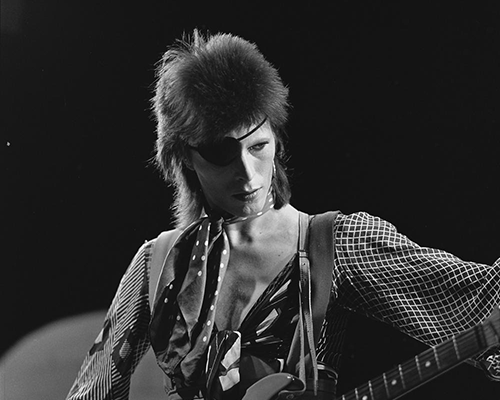 Both “Karma Man” and “Silly Boy Blue” date back to the late 60s – the former performed by Bowie during BBC sessions, and the latter appearing on the artist’s self-titled debut 1967 album. Thirty years later, Bowie revisited the two titles in the studio alongside the band that accompanied him to Glastonbury in 2000. At the time, Bowie’s label chose not to release Toy, and the iconic singer instead moved on to his 2002 LP Heathen.

Toy producer Mark Plati said of the single “‘Karma Man’ is notable for Cuong Vu’s opening and closing lines, and especially the glorious backing vocals from Holly Palmer, Emm Gryner, and Lisa Germano — they had so much to do with the sound of Toy, and this is a prime example. When I re-listened to these tracks, the sound of fall 2000 came flooding out of the speakers, from a song I’d not heard since then. I’m not too proud to say I shed a bit of a tear, something that happened a few times while mixing it.”