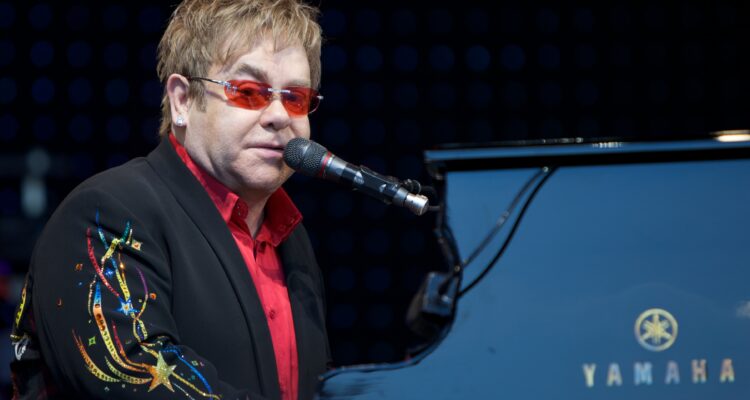 According to Sir Elton John, his new song with Stevie Wonder is “one of the greatest songs” he’s ever written.

Friends for 50 years, the ‘Rocket Man’ hitmaker and the ‘Signed, Sealed, Delivered I’m Yours’ singe have just released ‘Finish Line’, their new single from the former musician’s star-studded LP The Lockdown Sessions, scheduled for an October 22 release.

Having previously teamed up on the 1985 cover of ‘That’s What Friends Are For’ with Dionne Warwick and Gladys Knight, the 74-year-old music legend explained how the new duet happened entirely by “accident”, but ended up being one of his favorite penned releases.

During Elton’s Rocket Hour on Apple Music 1, John said: “This track I did with Stevie Wonder is a very unusual way of writing. Usually, I write to lyrics, but I wrote the melody first in the studio, and then your girl put lyrics to it. And then Stevie came along and played piano. I played electric piano, and then he did harmonica on it. And then we were trying to get another vocalist on it and he wouldn’t do it because I think he thought he’d done enough. And then you put the gospel choir on, Kanye West Gospel Choir on it. And I think when Stevie heard that he decided to do the vocal. And I think for me, it’s one of the greatest records I’ve ever made. Because A, it’s Stevie Wonder, and you made Stevie sound like a 17-year-old again. And the sheer joy in his voice, it was magical, magical, the way this thing came together was a series of accidents in a way. I’m so proud of this record because I love him so much. He’s always been so kind to me and so sweet to me, the talent is beyond ridiculous. And it was just lovely to spend time with him and just see this wonderful human being smiling and happy and playing on a record of mine.”

Talking about the song, Stevie, now 71, said Elton’s “wisdom, pain, soul, love, and resilience” can be felt throughout, adding “It is both a joy and honor to sing, play piano and harmonica for Elton! He has truly been one of the great spirits of music, life, friendship and love, who I’ve met on this life journey! True artistry and music like love equals a forever commitment lasting many lifetimes. And Elton, anyone who hears your voice singing “Finish Line”, will hear and feel your wisdom, your pain, your soul, your love, but also your resilience….. I love it!! Congratulations to you and our forever and never, never-ending music, friendship, life-song! Long live Sir Elton John!!! (big smiley face!) (sic)”