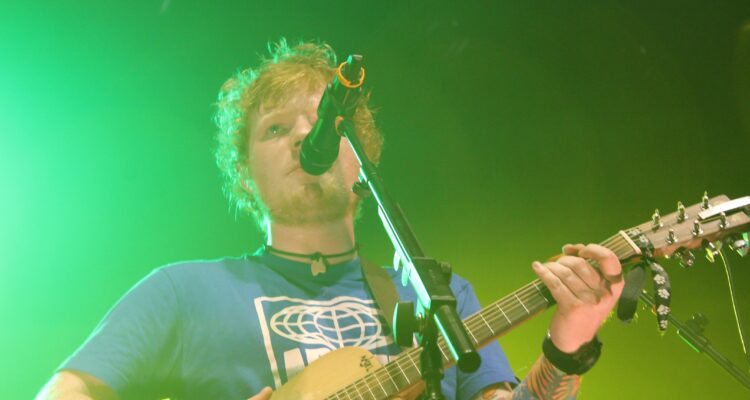 James Corden just revealed that Ed Sheeran will be on The Late Late Show for the entire week, performing the television premiere of his new single “Bad Habits.”

“All next week, the one, the only Ed Sheeran is going to be on the show every night next week!” Corden exclaimed ecstatically. “Ed for a whole week. We’re going to perform stand-up comedy, talk, and he’ll play… Every night of the week, Ed Sheeran will be our musical guest, and he’ll perform the television premiere of his stunning new single ‘Bad Habits’ right here on The Late Late Show. What do you think about this?”

For some time now, Sheeran’s been advertising the release of this first single from his as-yet-untitled fifth studio album, by way of teaser trailers for the vampire-themed “Bad Habits” video, which is set to launch on Friday. Earlier this week, the super-successful Atlantic Records singer/songwriter resumed the gradual leak via the glossy visual with a clip he said was from the video’s first shoot (in which he’s dressed in the video’s trademark pink suit, complete with vampire fangs, sparkly bruise makeup, and a shock of blonde hair.)

The ‘Shape Of You’ singer shared an acoustic version of his new song, revealing additional lyrics reflecting his regrets over late-night decisions, saying, “My bad habits cause me to stay up late and end up alone. Conversations with a complete stranger/ I swear this will be the last, but I doubt it/ I don’t have anything left to lose, use, or do. My poor habits cause me to stare into space with wide eyes. And I’m aware that I’ll lose control over what I say/ I was looking for a way out, but now I’m stuck/ After two, nothing occurs; it’s true, it’s true, my bad habits lead to you.”