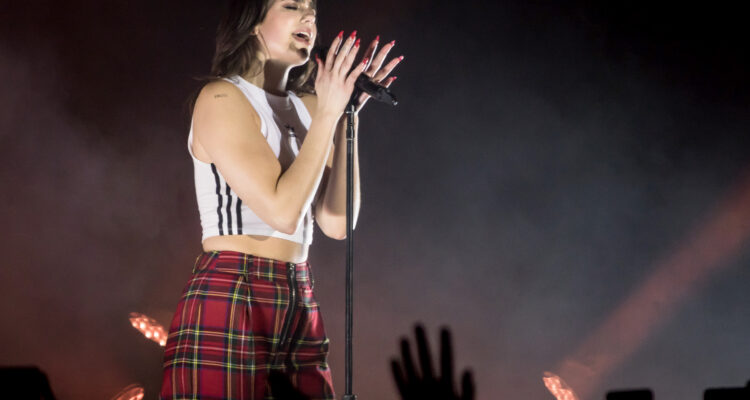 The latest in a long line of hit songs and videos, superstar singer/songwriter Dua Lipa has just released her new single, ‘Can They Hear Us?’ as well as the video for ‘Love Again’.

The ‘Levitating’ singer contributed ‘Can They ….’ to Nabil Elderkin’s film soundtrack to ‘Gully’ that also contains music from 21 Savage, Ty Dolla $ign, and Miguel as the filmmaker directed the 25-year-old pop star’s ‘Don’t Start Now’ video.

Dua’s chart-topping LP ‘Future Nostalgia’ was launched in March 2020, and the prolific star – who extended it’s success with the remix LP ‘Club Future Nostalgia’ – is already working on themes for its follow-up. Joe Kentish, president of Warner Records UK, has stated the following about ‘Future Nostalgia’s’ sustained success: “It’s The Terminator of albums; it’s unstoppable! Meanwhile, fans can anticipate Dua’s third album to be “something completely different and at scale”.

In addition to her soundtrack single, the Warner Bros recording artist just released the official video for ‘Love Again’ from her latest album

Lipa didn’t stop with her star-studded remix album; she also collaborated with rapper DaBaby on a new version of the album’s first song ‘Levitating’ and released three new tracks on ‘Future Nostalgia: The Moonlight Edition’ including ‘We’re Good’, ‘Not My Problem’ featuring JID, and ‘If It Ain’t Me’. Additionally, the Grammy-winning artist hosted the Studio 2054 live event in November, collaborated with Kylie Minogue on a remix of the disco icon’s ‘Real Groove’, joined forces with Miley Cyrus on ‘Prisoner’, and recently teased an upcoming collaboration with FKA twigs, which they previewed during the virtual event.