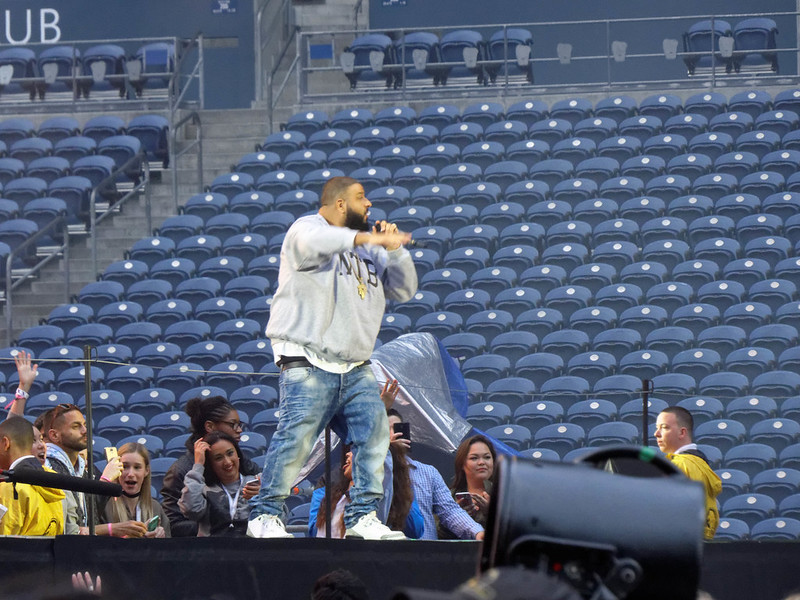 Some two years since his last, platinum-selling album Father of Asahd shook the hip-hop world in 2019, DJ Khaled is primed to make his return with the release of Khaled Khaled on Friday April 30th.

On Tuesday, the 45-year-old disc jockey/record producer/artist took to Twitter to confirm that his album is “100% done” and also released the full 13-song track list on Instagram.

When the father of two was asked about the LP name, the New Orleans-native explained that it was executive produced by his two sons: 4-year-old Asahd Khaled and 1-year-old Aalam Khaled and that there is “one last thing, I know we said 100% but maybe we can get it to 101%”. Perhaps a second surprise is in store for his fans this week.

Throughout his career, DJ Khaled has secured two #1 Billboard singles, thirteen Top 10 Billboard hits and thirty-one songs on the Billboard Global 200, including “I’m On One”, “I’m The One”, “All I Do Is Win”, and “Ima Boss”.

While known mostly for his music, there is a lesser-known philanthropic side to Khaled who decided to team up with Poshmark in an effort to give back to deprived neighborhoods by selling his merchandise. The collaboration is done in part with thanks to the We The Best Foundation.