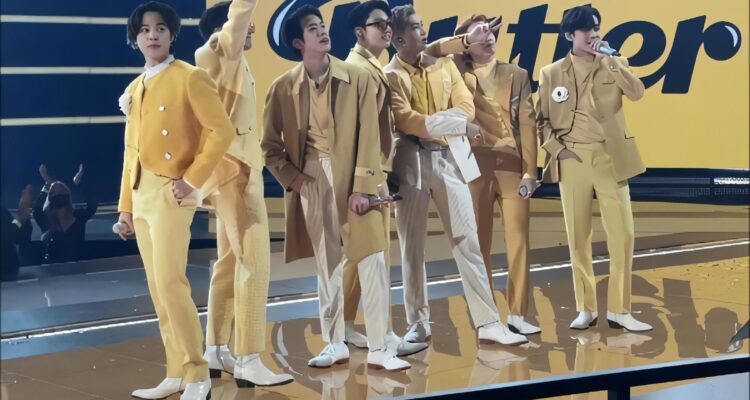 During the latest installment of The Late Late Show’s “Crosswalk Concert” series, James Corden helps BTS put on one of the most dangerous, performances of their career.

Starting with the late-night host trying to convince the Korean superstars to perform in traffic, along with the implicit danger that comes with performing in front of automobiles, BTS watched as Corden tried to teach them choreography.

When the actual street concert kicked off, BTS ran through a minute of “Butter” before the light changed and Corden handed out sticks of butter to impatient drivers. James then made the group sign liability waivers before performing “Permission to Dance,” followed by some light pyrotechnics during “Dynamite.”

BTS’ “Crosswalk Concert” will be one of the K-Pop’s final appearances of 2021 before they get some time off at the top of 2022. The group’s label, Big Hit, did say, however, that the 7-man band will be prepping a new album to mark the start of a new chapter, and a concert in Seoul is in the works for March 2022.