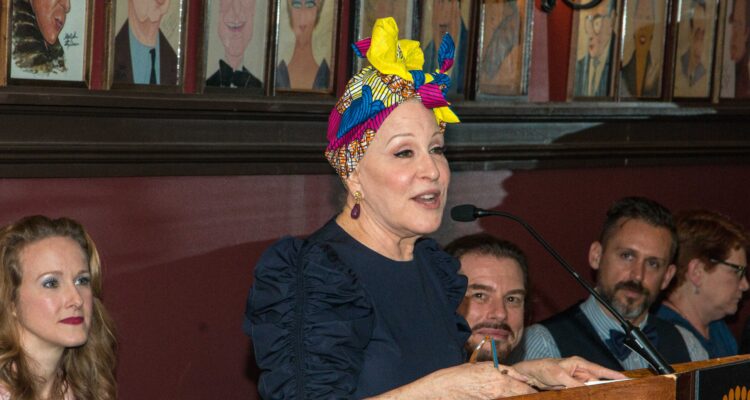 In protest against the new, strict anti-abortion laws like the one in Texas, Grammy-Award singer and renown actress Bette Midler calls for women everywhere to withhold sex.

Taking to social media the famed actress and singer tweeted Thursday “I suggest that all women refuse to have sex with men until they are guaranteed the right to choose by Congress,”

Not the first to suggest abstinence in the face of controversy, Nancy Sinatra responded by saying: “My dad actually suggested that decades ago.”

The United States Supreme Court voted 5-4 denying an emergency appeal filed by abortion providers in an attempt to block a Texas abortion bill that went into effect on Wednesday, September 1st. Signed by Texas Governor Greg Abbott in May, the new law prohibits women from getting an abortion once a fetal heartbeat can be detected, roughly around six weeks and before most women know they are pregnant.

The law allows for private citizens to sue anyone who assists in terminating the pregnancy, including those who drive a woman to an abortion appointment.