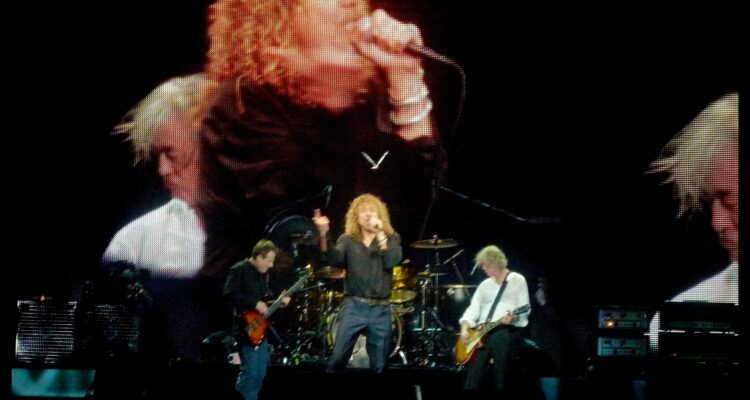 The first-ever band-authorized documentary about the legendary rock group, Becoming Led Zeppelin, premiered at the Venice Film Festival Saturday and shortly thereafter the first official clip from the upcoming film was posted online.

Alongside black-and-white stock footage of a zeppelin hovering in the sky, the minute-long teaser features pristine archival footage of the group performing “Good Times Bad Times.”

On hand for the documentary’s premiere, was the band’s guitarist, Jimmy Page, who discussed the film saying that the band had received many-an-offer for an authorized documentary, but “they were pretty miserable. Miserable and also to the point where they would want to be concentrating on anything but the music.” About Becoming Led Zeppelin, however, Page added:  “This one, it’s everything about the music, and what made the music tick. It’s not just a sample of it with a talking head. This is something in a totally different genre.”

Producers Bernard MacMahon and Allison McGourty talked about the lengthy process of obtaining the rare footage seen in the film, including a year spent tracking down the original audio from an interview that their former drummer, an d now deceased John Bonham did with an Australian journalist.