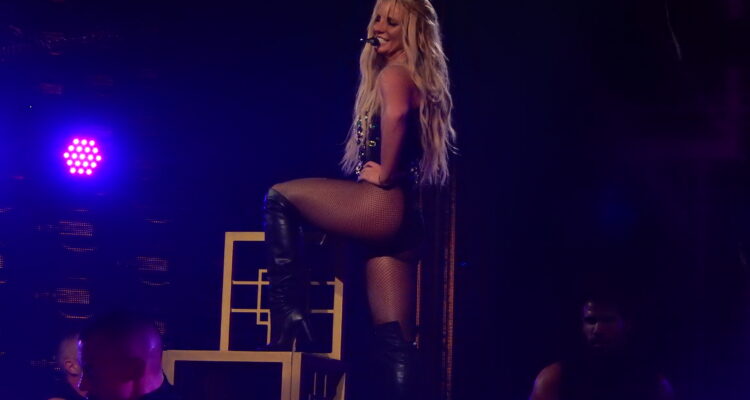 In a recent clip posted to her Instagram account Britney Spears is looking super fit as the pop star works through a new routine to Billie Eilish‘s “Bad Guy.”

Along with the video comes her caption, “May the Lord wrap your mean ass up in joy today,” under the second part of her “Bad Guy” dance, the first of which she shared back in mid-2019 along with “If you don’t like it, don’t watch it.”

Coming off an emotional several weeks, during which time a judge ruled that the musician is now allowed to retain her own legal counsel in the pursuit to end her 13-year long the conservatorship. And to celebrate, Spears has been active on social media, posting dance videos and taking the time to speak her peace about the actions of her “so-called support system”.

Just before taking her father and sister Jamie Lynn Spears to task, on Saturday night Britney wrote: “For those of you who choose to criticize my dancing videos … look I’m not gonna be performing on any stages anytime soon with my dad handling what I wear, say, do, or think !!!! I’ve done that for the past 13 years.”

In related news, Britney Spears says that as long as her father is in charge of conservatorship, she will not be performing “anytime soon.”

“I’d much rather share videos YES from my living room instead of onstage in Vegas where some people were so far gone they couldn’t even shake my hand and I ended up getting a contact high from weed all the time … which I didn’t mind but it would have been nice to be able to go to the mother f***ing spa,” she wrote.