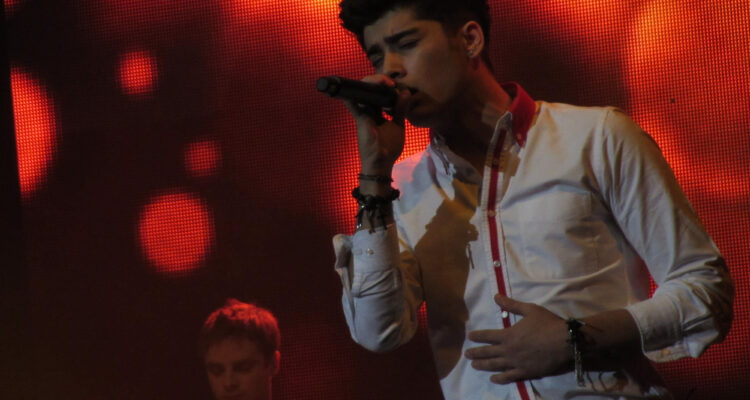 During the early hours of Friday morning, former One Direction bad boy, Zayn Malik was reportedly part of a heated argument outside a New York City bar.

According to TMZ, the solo singer was enjoying a smoke outside of Manhattan’s Amsterdam Billiards Club when he tangled with a group of gents leaving an adjacent lounge establishment.

A source close to the skirmish claims that one man tried to pick a fight with Malik by hurling a gay slur, prompting the British singer/songwriter to retaliate in kind. And at one point, Zayn is seen shirtless, preparing for the fight though the confrontation ended without blows being thrown by either party.