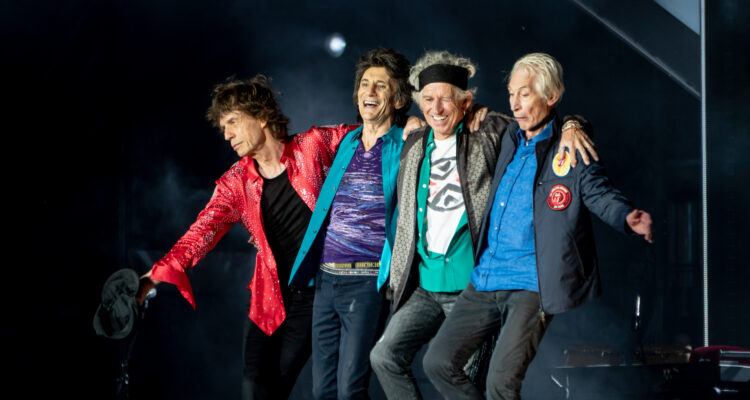 In an official statement, the Royal Mail of Great Britain has announced a set of 12 stamps in tribute to The Rolling Stones.

Several of the mini images will feature some of the legendary UK rockers’ most iconic performances, including 1969’s London Hyde Park concert, held two days after the passing of founding member Brian Jones on July 5. The Stones In The Park gig saw Mick Taylor step in the late guitarist’s shoes and he was later replaced by current member Ronnie Wood.

The band’s gigs at the Knebworth Festival in August 1976, Rotterdam during the summer of 1995 will also have their own stamps along with two photographs of the group and two of their world tour posters.

Following in the footsteps of fellow iconic bands’ Pink Floyd, The Beatles, and Queen, the Rolling Stones – including Sir Mick Jagger, Keith Richards, both 78, and Ronnie, 74, following the passing of drummer Charlie Watts aged 80 in August 2021 – have become the fourth band to be honored with a stamp collection by Royal Mail. Beatles legend Sir Paul McCartney, Sir Elton John, and the late David Bowie have also got the stamp treatment in recent years.

In a statement about the new collection David Gold, Royal Mail’s director of public affairs and policy, said: “Few bands in the history of rock have managed to carve out a career as rich and expansive as that of the Rolling Stones. They have created some of modern music’s most iconic and inspirational albums, with ground-breaking live performances to match.”

Collectors can get their hands on the Stones’ collection as January 20, 2022.