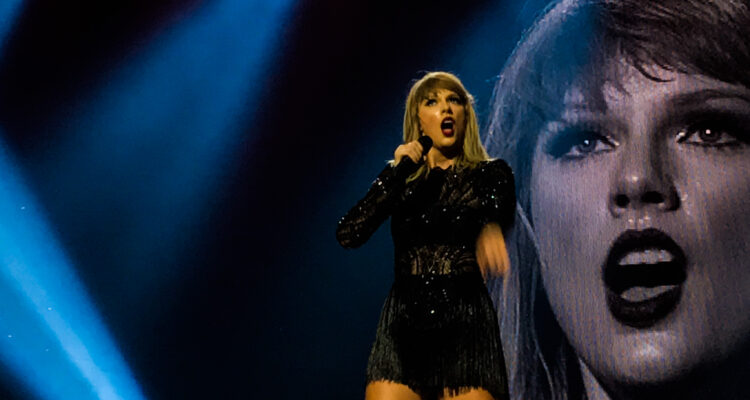 Taylor Swift Releases ‘The Lakes’ On The Anniversary of ‘Folklore’

Exactly one year since folklore, her eighth studio album, Taylor Swift releases the original version of the album’s bonus track, “The Lakes.”

“It’s been 1 year since we escaped the real world together and imagined ourselves someplace simpler,” wrote Swift earlier today. “With tall trees & salt air. Where you can wear lace nightgowns that make you look like a Victorian ghost & no one will side eye you cause no one is around. To say thank you for all you have done to make this album what it was,” she continued, “I wanted to give you the original version of The Lakes. Happy 1 year anniversary to Rebekah, Betty, Inez, James, Augustine and the stories we all created around them. Happy Anniversary, folklore.”

In a recent interview with Billboard magazine, Jack Antonoff, who co-wrote and co-produced “The Lakes” with Swift, confirmed that the single originally existed as a “big orchestral version,” before Taylor opted to strip the song down.

“On one of my favorite songs on [Swift’s] Folklore, ‘The Lakes,’ there was this big orchestral version, and Taylor was like, ‘Eh, make it small,’” stated Antonoff. “I had gotten lost in the string arrangements and all this stuff, and I took everything out. I was just like, ‘Oh, my God!’ We were not together because that record was made [remotely], but I remember being in the studio alone like, ‘Holy s–t, this is so perfect.’”

Released on July 24, 2020, Folklore represented a surprise twist towards indie-folk that proved a critical and commercial blockbuster for Swift, earning her a Grammy for album of the year, topping the Billboard 200 albums chart for eight nonconsecutive weeks last year.

“The Lakes” was initially featured as an exclusive bonus track on the physical deluxe editions of Folklore, and was placed on streaming services in August 2020.