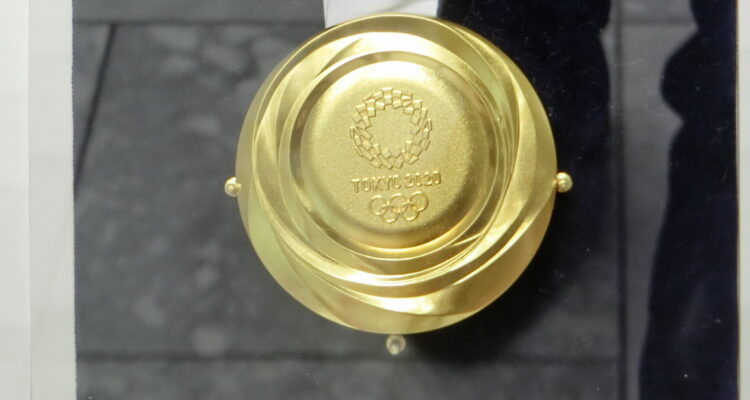 The first Hmong American gymnast to earn Olympic gold in the women’s individual all-around, Sunisa Lee took to TikTok to post a celebratory video enjoying pizza and a dance after her victory.

Grooving to a sped-up version of “Luxury” by Azealia Banks while showing off her new hardware and wearing a Team USA tracksuit, Suni captioned her video “on top of the world rn.”

Lee ended Thursday’s competition with 57.433, just ahead of Brazil’s silver medalist Rebeca Andrade with 57.298, and the Russian Olympic Committee’s Angelina Melnikova, who finished with 57.199.

Addressing her teammate Simone Biles’ stunning exit from the event, Lee admitted that “coming into this competition, I didn’t even think that I could be competing for a gold medal,” as she was focused on securing the silver medal assuming Biles would finish first. Adding “I feel like this whole season I’ve been second to her,” she tried not to “focus on it though” or else she “knew I would get too nervous.”

Biles was in the stands to support fellow teammates Lee and Jade Carey as they competed, she was quick to praise the gold medalist on social media writing:

“CONGRATS PRINCESS 🤍✨✨ absolutely killed it!!!” Biles wrote on Instagram alongside a photograph of the pair posing together after the team’s silver medal win in the team final on Tuesday. “OLYMPIC CHAMPION RIGHT HERE !!! So so so beyond proud of you!!!!”