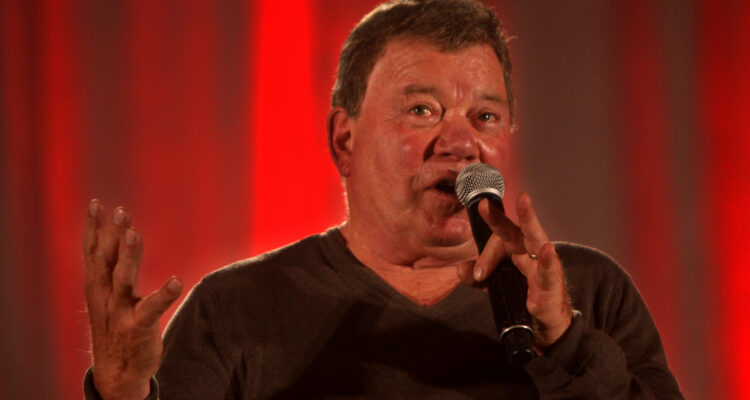 As of yesterday (10.13.21) William Shatner has officially become the oldest human to, as his Star Trek charactor would say, “go where no man has gone before” as he traveled to space via Blue Origin.

In addition to yesterday’s skywood travels, the 90-year old celebrity released a movie this year called Senior Moment, currently hosts a show, The UnXplained, on the History Channel, recently swam with sharks as part of Shark Week, and now, the man has released another album in his decades-long side gig as a singer/songwriter.

Following suit to Shatner’s Up Till Now: The Autobiography, Leonard: My Fifty-Year Friendship with a Remarkable Man, or Live Long And…: What I Might Have Learned Along the Way, on September 24th the multi-talented thespian released Bill, the aptly-titled autobiographical album. The story of his life is not a straight-forward, traditional narrative but listeners will get remarkable insight into salient themes, interests, and moments in his life.

In his typical spoken-work style, “I Ride,” “Black Horse,” “Masks,” “Loneliness,” “Clouds of Guilt,” and “Just Forgive” speak to the man’s 70-years career and experiences.

Bill is now available on Amazon, and major streaming services.