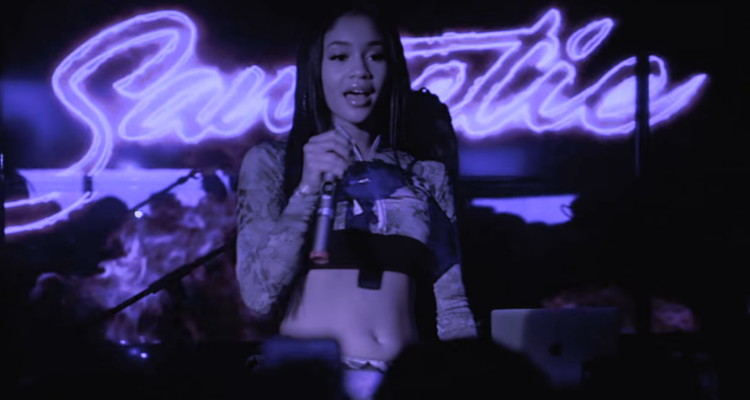 As a tribute to the West Coast native’s love for inventive food pairings, McDonald’s is offering consumers the opportunity to mix and match menu items including a Big Mac, 4-piece Chicken McNuggets, medium World Famous Fries, a medium Sprite, Tangy BBQ sauce, and the “Saweetie ‘N Sour sauce,” and with this combo, anything can be made into a sandwich.

In a statement about her newly named meal, Saweetie said: “There are at least twenty different concoctions [with this meal] that I can eat almost every day because I love the Big Mac, I love the McNuggets, and I love the fries and Sweet & Sour sauce, I mean the deliciousness goes on and on. So it was time to decide what kind of meal I wanted to create. I was thinking about the essence of something I can eat everyday. Something in McDonald’s I always order.”

Following in the footsteps of fellow musicians J Balvin, Travis Scott, and BTS, the Bay Area celebrity (born Diamonté Quiava Valentin Harper) is the latest music superstar to collaborate with McDonald’s Famous Orders program and the “Icy Grl” rapper will also be releasing merchandise that accompanies the meal. “What I really love about the merch is that a lot of it is oversized. Men, women, boys and girls are going to be able to pick whatever they like, their favorite colors. It’s all colorful, and it’s ‘icy’ just like me,” said the rapper.

Morgan Flatley, McDonald’s chief marketing and digital customer experience officer stated: “We’re thrilled to team up with Saweetie, a true brand fan who puts her own spin on everything she touches across music, fashion, beauty and culture. And now, she’s brought that spark and creativity to her signature McDonald’s order by celebrating her love for our food and passion for mixing things up.”

In 2019, Sweetie scored her first Billboard No. 1 single with the provocative, “My Type,’ followed by another No. 1 single “Back to the Streets” (2020) prior to the release of her anthemic hit “Best Friends.” Both tracks will make an appearance on her hotly-anticipated debut album Pretty Bitch Music via Warner Records.