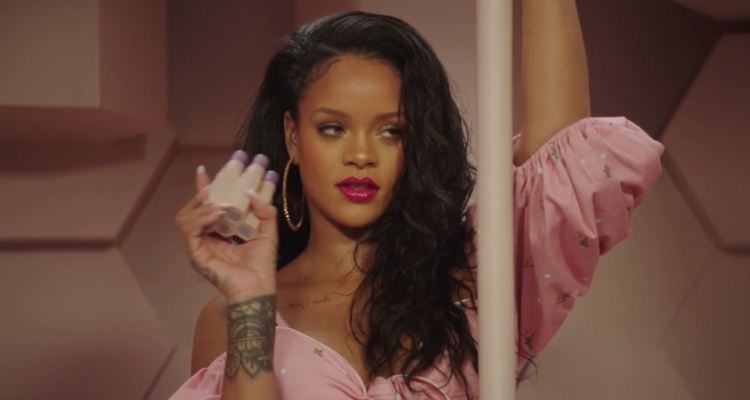 One of a very select group of musicians, Rihanna‘s “Stay” is now an official card-carrying member of YouTube’s billionaire stream club.

The Barbados-born superstar singer/fashionista crosses the billion-stream threshold with her 2013 hit ballad that featured guest vocals from Nashville artist and producer Mikky Ekko.

The biggest single from Rihanna’s 2012 Billboard 200-leading album, Unapologetic, the sultry ballad peaked at #3 on Billboard’s Hot 100 chart, was nominated for a (best pop duo/group performance) Grammy Award and took home the song of the year honors at the iHeartRadio Music Awards.

Not Rihanna’s first induction into YouTube’s elite club. “Stay” is her eighth music video to cross one billion streams on the platform, thus extending her record for solo female artists..

Already a member of billionaire dollar club — with the stuff that folds —RiRi’s Fenty cosmetics empire pushed her into billionaire territory and according to Forbes, she’s worth $1.7 billion, making her the wealthiest female musician in the world and second only to Oprah Winfrey as the richest female entertainer.