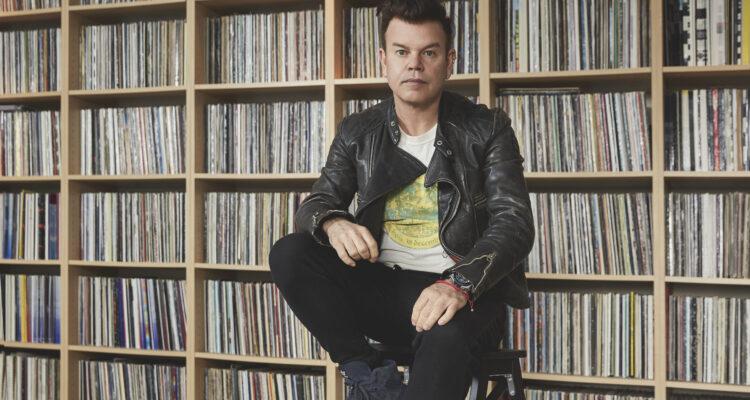 Dance music legend Paul Oakenfold will be releasing his ‘Ready Steady Go: My Unstoppable Journey in Dance’, memoire on August 18, 2022.

In a statement about the book “‘Ready Steady Go’ follows Paul’s journey from his musical baptism in 1980s New York and seminal club nights in London to starting one of the longest-running dance record labels and a legendary trip to Ibiza that introduced him to trance and changed the face of dance music forever. In this personal memoir, Paul delves into the details of living with dyslexia and how this has shaped his creative choices as a DJ and producer.”

The now 58-year-old trance icon – who’s released more than 100 remixes for the likes of Madonna, Britney Spears, The Rolling Stones, U2, and Michael Jackson – commented: “In a career like mine, you don’t get many chances to stop and reflect on what you’ve achieved. Writing this book has given me the opportunity to reminisce on the many wild moments in my career, from DJ-ing at Stonehenge and the base camp of Mount Everest, to working with legends like Madonna, U2, and many more, to running my own record label.”

The personal autobiography will also see Oakenfold open up about his dyslexia and how he owes his career to the learning disability, with Paul adding “It’s also made me think more about the crucial personal moments in my life that had more of an impact on me than I first thought, like growing up with dyslexia. That’s something that set me on a creative path that I owe a lot of my career to. I feel privileged to share my life stories with you, and there’s many more already in the making for the next memoir!”

Associate publisher, Joe Cottington, said: “Paul was instrumental in making dance culture what it is today, and it’s a special thrill to be bringing his memoir to his fans. He talks so openly, not just about the music that’s been his lifelong passion, but also his struggles with dyslexia and the role it’s played in his long career. It’s been a privilege to help Paul put his story on the page.”

Oakenfold’s music career started in London in the 1970s, subsequent to which he moved to New York City, before returning to the British capital to work for Champion Records and subsequently signed DJ Jazzy Jeff and the Fresh Prince, and Salt-n-Pepa. And in 1989, Oakenfold founded the British trance record label Perfecto Records.