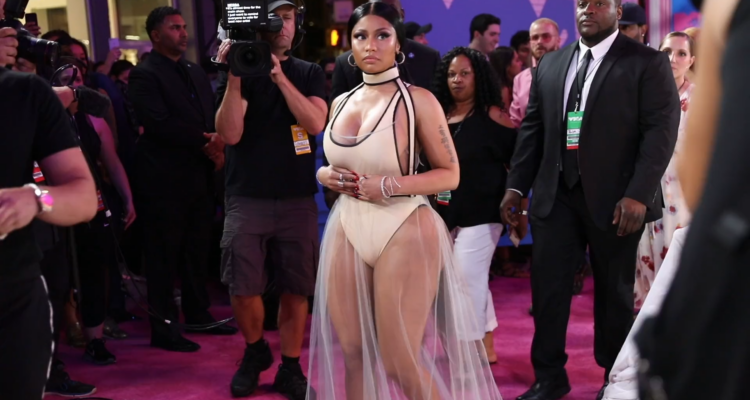 Along with several new songs “Fractions,” “Seeing Green” with Drake and Lil Wayne, and the “Crocodile Teeth” remix, for the very first time, rap star Nicki Minaj has made her 2009 mixtape Beam Me Up Scotty available on streaming platforms.

Hinting on Friday that something was coming, before sharing a picture of herself with a caption that sounded like lines from a new song, Minaj wrote, “Btchs act like they want action, heard they want action, btch we aint duckin no action. I’m bout to gih dem dat traction, send a distraction— then ima line’em like FRACTIONS”.

The Cash Money / Universal Music recording artist also revealed that she’s working on a new album and the documentary that she originally announced in November. In addition to HBO launching the six-episode docuseries about her life, Nicki has also starred in two documentary specials, the most recent of which was released in 2015.

Minaj, who gave birth to her son last year, has largely avoided social media in 2021 following her November release of “What That Speed Bout!?” with YoungBoy Never Broke Again and Mike WiLL Made-It. Her last solo single was “Yikes” in February 2020.

With nearly 900,000 people watching on Instagram Live, the pop rap superstar also announced on Thursday that “New 🎶” will be released at midnight. She talked about her upcoming projects and included Drake who discussed their collaboration and how the Canadian mega-talent helped Nicki break through a creative block.