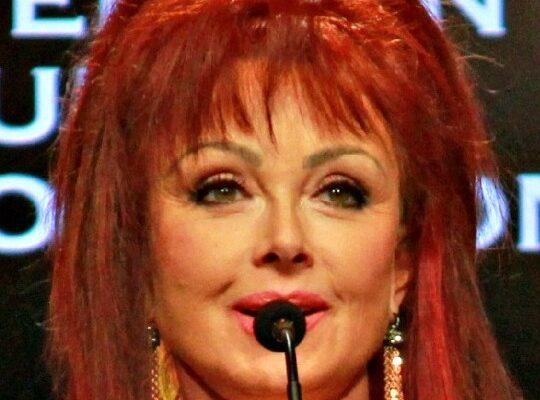 In honor of the life and career of the late Country music legend CMT and Sandbox Live will air “Naomi Judd: A River of Time Celebration,” a public memorial service live from Nashville’s Ryman Auditorium.

On Sunday, May 15, at 6 p.m. ET/5 p.m. CT the commercial-free special will be hosted by Good Morning America‘s Robin Roberts and will include Naomi’s famous daughters, Wynonna and Ashley Judd along with Ashley McBryde, Brandi Carlile, Emmylou Harris, Allison Russell, Little Big Town and The Gaithers. There will also be special messages from Bono, Morgan Freeman, Oprah Winfrey and Salma Hayek.

In a statement about the event, CMT producers said:

“We are sincerely privileged to work alongside Wynonna, Ashley and Larry to present this live celebration of life for their mother and wife Naomi,” “While we all continue to deeply mourn the loss of such a legendary artist, we are honored to commemorate her legacy alongside the country community, her friends, family and legions of fans across the world at the perfect venue: The Mother Church of Country Music. This special will celebrate her timeless voice, unforgettable spirit and the immense impact she left on our genre through the best form of healing we have – music.”

Two weeks prior to Naomi Judd’s unexpected death on April 30 at age 76,  The Judds’ final performance of their signature, Grammy-winning hit “Love Can Build a Bridge” aired on the 2022 CMT Music Awards. And on May 1, one day after Judd’s passing, sisters Wynonna and Ashley Judd honored their mother as The Judds were inducted into the Country Music Hall of Fame.

On Thursday (May 12), actress Ashley Judd sat down for an interview with Good Morning America, and confirmed that her mother died by suicide.

“My mother knew that she was seen and she was heard in her anguish and that she was walked home.” “When we’re talking about mental illness it’s very important to be clear and to make the distinction between our loved one and the disease. It’s very real and it is enough to … it lies, it’s savage, and my mother, our mother couldn’t hang on until she was inducted into the Hall of Fame by her peers. That is the level of catastrophe that was going on inside of her. The barrier between the regard in which they held her couldn’t penetrate into her heart, and the lie the disease told her was so convincing.”

As mother-daughter duo The Judds, Naomi and Wynonna earned fourteen #1 songs on Billboard‘s Hot Country Songs chart, including “Love Can Build a Bridge,” “Mama He’s Crazy,” “Why Not Me” and more.