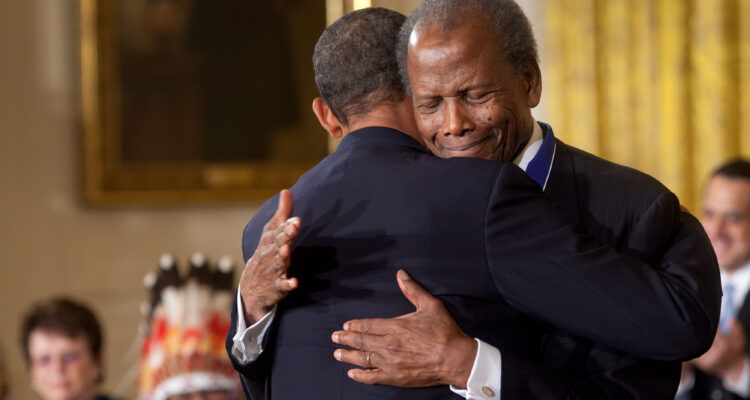 Sidney Poitier, the legendary actor and former ambassador, died on Thursday (1.06.22) at the age of 94..

Throughout his life the Bahamian star received numerous honorary awards including the AFI life achievement award (1992), the Kennedy Center Honors (1995), an honorary award from Academy of Motion Picture Arts & Sciences (2001) and the BAFTA fellowship (2016).

In 2009, Poitier was awarded the Presidential Medal of Freedom from Barack Obama and was named an Honorary Knight Commander of the Order of the British Empire by Queen Elizabeth II in 1974.

Poitier starred in two films with title songs that reached #1 on the Billboard Hot 100 – including To Sir, With Love (Lulu’s title song held the top spot in 1967) and Let’s Do It Again (The Staple Singers’ title song spent a week on top in 1975). Sidney also starred in the 1955 film Blackboard Jungle, which helped to popularize Bill Haley and His Comets’ “(We’re Gonna) Rock Around the Clock,” the first rock and roll recording to become a smash hit.