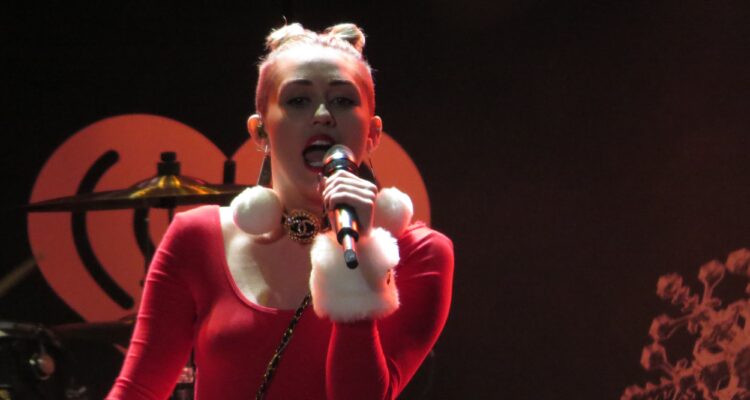 One of the headliners at this year’s Lollapalooza festival in Chicago Miley Cyrus left it all on stage!

In support of her recent cover versions of classic rock songs, the former Hanna Montana brought along Billy Idol, Juicy J, Wiz Khalifa, The Kid Laroi and G Herbo as she performed Blondie’s “Heart of Glass,” the Pixies’ Where Is My Mind?,” Temple of the Dog’s “Say Hello to Heaven” and Idol’s “White Wedding”.

In support of a fellow female pop star, Cyrus flashed a big “Free Britney” image, accompanied by handcuffs, on the video screen during Spears’ pre-recorded vocal on their 2013 song together, “SMS (Bangerz).” Miley, who can easily sympathize with the challenges of being a teen celebrity, spoke out about Spears’ conservatorship at a concert in Las Vegas as well as shouting “Free Britney” during “Party in the U.S.A.” in place of the lyric about Jay-Z.

During her Lollapalooza set, Dolly Parton‘s Goddaughter also addressed the pandemic saying: “It was humbling to be humanized together … experiencing the last year and a half with no division between us, all knowing the pain of being disconnected and the value of having one another in our lives,” she said, before making a joke about her bright red outfit being custom-made by Gucci and flown in from Italy.