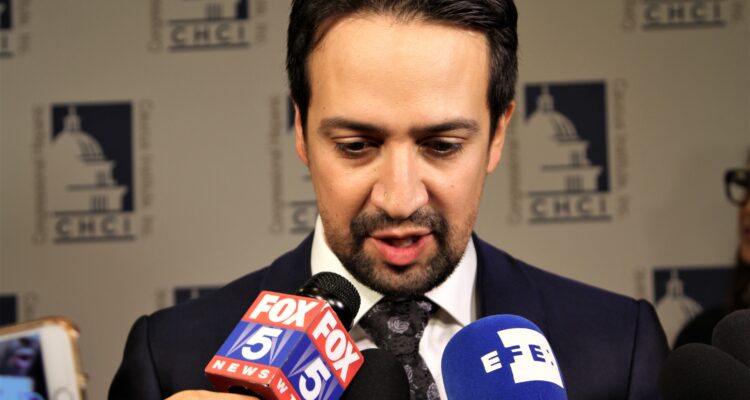 As multi-talented musician/writer/actors Lin-Manuel Miranda and Lady Gaga enjoy current Herculean international success, did you know that each of them had pre-celebrity cameo appearances in The Sopranos in the early 2000s?

Lin-Manuel Miranda in The Sopranos “Remember When” (2007)

Reflecting back on the early TV gig in a 2018 appearance on “Live With Kelly and Ryan,” Miranda pointed out how the scene showed his lack of experience. “That was my first TV acting job,” he explained. “So here’s how green an actor I am in that scene — there’s a thing called your mark, which is where you stop [walking] … I am so green you can see me look down for my mark.”

Lady Gaga in The Sopranos “The Telltale Moozadell” (2001)

In an interview with Entertainment Weekly, Gaga reflected on her Sopranos cameo. “When I look back on that scene I can see exactly what I did wrong in that scene,” she said. “I didn’t know how to listen in a scene! I was supposed to laugh, and it was sort of like, cue, laugh … I see it and I go, ‘oh, that’s not a real laugh!”