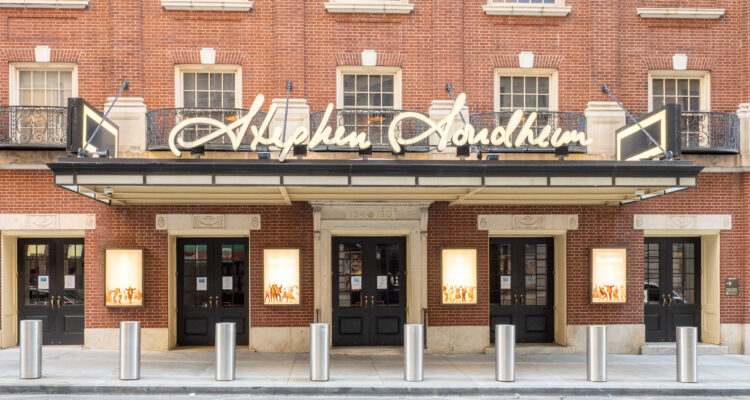 According to his attorney and friend, F. Richard Pappas, Stephen Sondheim passed away suddenly at his home in Connecticut early Friday morning at the age of 91 after having celebrated the Thanksgiving holiday on Thursday by having dinner with friends.

Following the announcement, stars of the stage and screen took to social media to celebrate the legendary composer and lyricist, behind such classics as West Side Story, Gypsy, and Sweeney Todd: The Demon Barber of Fleet Street, Company, Assassins, Passion, A Funny Thing Happened on the Way to the Forum, Follies, A Little Night Music and Merrily We Roll Along.

Actor Jake Gyllenhaal shared a picture on Instagram of Sondheim clapping in the audience during the curtain call on the opening night of the revival of his musical, Sunday in the Park with George, writing, “I am grateful to have shared time with the master and maestro of American musical theater, and to have played his George. We have lost a giant. We will miss you. Rest In Peace.”

“Future historians: Stephen Sondheim was real. Yes, he wrote Tony & Maria AND Sweeney Todd AND Bobby AND George & Dot AND Fosca AND countless more. Some may theorize Shakespeare’s works were by committee but Steve was real & he was here & he laughed SO loud at shows & we loved him.” “(And) last week, when I wrote him to say his ears must be burning from the countless Sondheim kindnesses being shared from the generations of writers he mentored, he wrote this in reply… We love you. I love you. THANK YOU.”

Barbra Streisand took to Twitter with “Thank the Lord that Sondheim lived to be 91-years-old so he had the time to write such wonderful music and GREAT lyrics! May he Rest In Peace.”

British theatre mogul Andrew Lloyd Webber wrote: “Farewell Steve, the musical theatre giant of our times, an inspiration not just to two but to three generations. Your contribution to theatre will never be equalled.”

Hugh Jackman commented: “Every so often someone comes along that fundamentally shifts an entire art form. Stephen Sondheim was one of those. As millions mourn his passing I also want to express my gratitude for all he has given to me and so many more. Sending my love to his nearest and dearest.”

Anna Kendrick, who starred in the film adaptation of Sondheim’s musical Into the Woods told her followers, “Performing his work has been among the greatest privileges of my career. A devastating loss.”

During his career, Sondheim won seven competitive Tony Awards (more than any other composer,) plus a lifetime achievement Tony in 2008, eight Grammy Awards, one Academy Award – Best Original Song for the 1990 movie Dick Tracy – and the Pulitzer Prize for Drama for Sunday in the Park with George. He was honored with the Presidential Medal of Freedom by Barack Obama in 2015.

He is survived by his husband Jeffrey Romley.