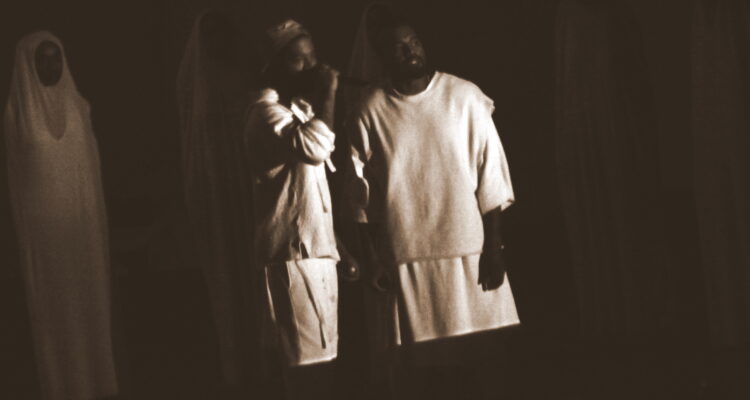 After ending their long-running feud earlier in the week, Kanye West and Drake have confirmed a December benefit concert in an effort to “Free Larry Hoover.”

By sharing a poster for the 12.09 concert at Los Angeles’ Coliseum, Ye made the previously discussed gig official with a “God’s Plan,” caption as a nod to the Drake.

Prior to ending their long-running feud, West proposed the benefit show with Drake to “not only bring awareness to our cause, but to prove to people everywhere how much more we can accomplish when we lay our pride to the side and come together.”

When West met with former President Trump in 2018 to ask for clemency, the rapper previously advocated for the release of Hoover (the Gangster Disciples co-founder currently serving multiple life sentences in federal prison). However, the effort was unsuccessful.

Appearing prominently on the Donda song “Jesus Lord,” Hoover’s son Larry Hoover Jr. details the effect his father’s incarceration has had on his family, stating:

“Even though it is not seen that way for some of us, but for many of us, Larry Hoover is a beacon of hope for his community who deserves to breathe free air.”