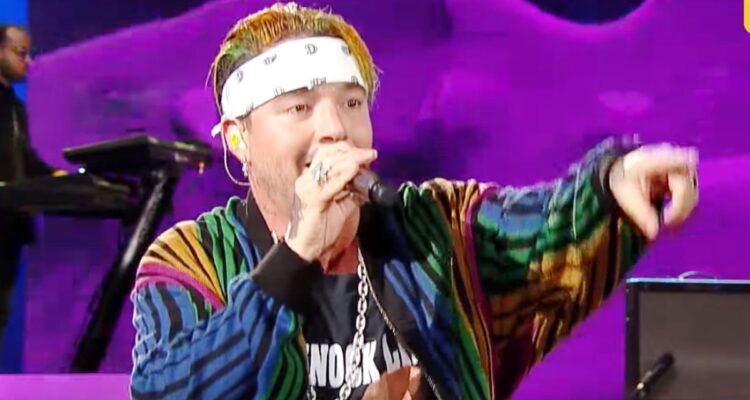 J. Balvin + Skrillex Get Down With ‘In Da Ghetto’ Collab: Watch + Listen

In addition to last months “Otro Fili” with Jay Wheeler and the video for “Que Más Pues?” with Mara Becerra, the Prince of Reggaeton keeps the momentum going with the midnight Friday release of “In da Getto.” Including parts from the David Morales and the Bad Yard Club’s “In De Ghetto” from 1993, the song contains all of the characteristics of a classic summer anthem and is co-produced by Skrillex (real name Sonny John Moore) and Tainy.

Supported by a music video directed by Alfred Marroqun, the visual follows Balvin and Skrillex throughout a night of partying, visiting nightclubs, outdoor events, and a chaotic home gathering it also features cameos by TikTok comedian Khaby Lame and Jeff Obeng’s Mufasa character, one of TikTok’s most well-known dancers.

The collaborative debut arrived only hours before Blavin’s appearance on TikTok’s Headstream, where he talked about the song and engaged in a live conversation with fans.