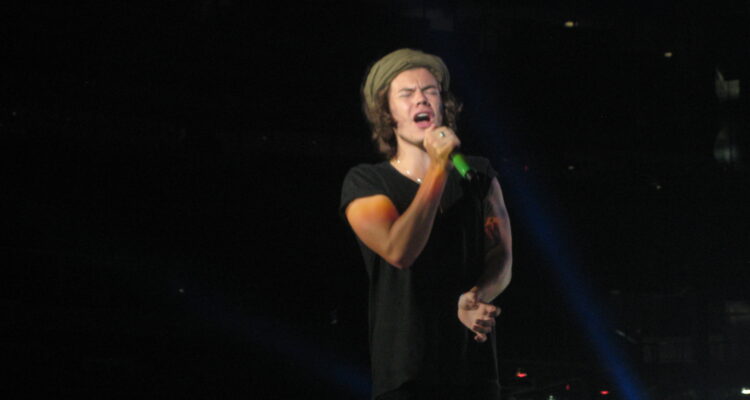 According to Sony Music Chief Executive Office, Rob Stringer, Harry Styles will release his next album early next year.

Following his 2019 ‘Fine Line’ LP and filming the movies, ‘Don’t Worry Darling’ and ‘My Policeman’, along with a post-credits scene for Marvel’s ‘Eternals,” the 27-year-old star is set to drop his third solo album before the close of March 2022.

Reportedly working on his new full length since early 2020, a source told the UK tabloid The Sun:

“Harry started working on the album in early 2020 and had a few writing sessions under his belt before the pandemic really took hold. As a result plans were put on ice but most of the record ended up being recorded in the UK. Right now exact details are top secret but the track listing should be decided soon. Harry is really excited about the album.”

The British superstar singer/songwriter recently completed his American 42-date ‘Love on Tour’ and hinted to fans that he would be back “very soon” along with Tweeting:

“Thank you for 42 special nights. It’s been a privilege to play for you the last few months. To the band, the crew, and everyone working on this tour, I thank you from the bottom of my heart. The energy you brought to this one has left me feeling completely overwhelmed with joy. To the fans, and everyone who came to see these shows, I thank you. You made them everything they were, and I’ve never felt so genuinely supported. I can’t say it enough, you’re unbelievable. This tour felt like the celebration of coming back together. I won’t ever forget it. Thank you all so much for the love, I’ll see you very soon. Treat people with kindness. Goodbye for now. I love you all. H.”