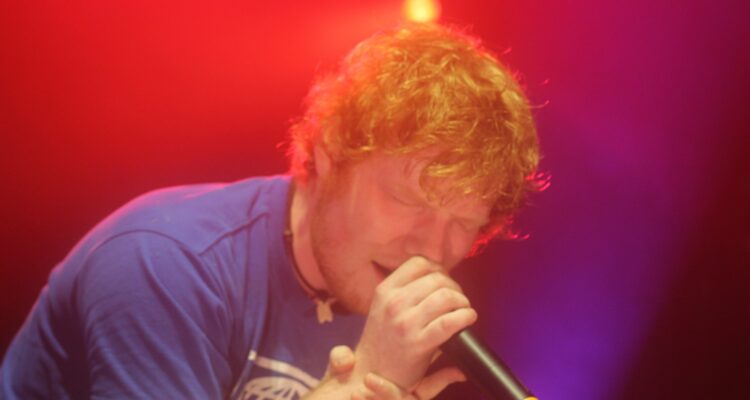 His first solo single in four years, Ed Sheeran has announced that “Bad Habits” will be officially released at the end of June.

In the just released video for the single, an older Sheeran is portrayed as a vampire-esque almost Joker-like character, stating: “I’ve been working away in the studio over the last few months and I can’t wait for you to hear Bad Habits…I try to push myself and my music in new directions all the time, and I think you’ll hear that in the new single. It’s wonderful to be back!”

The Sheeran-penned tune will get its first live play when Ed performs at Ipswich Town’s Portman Road for TikTok’s UEFA Euro 2020 event on June 25th. In addition to the artist’s first-ever live version of the song, the forthcoming show – directed by Ed’s long-term partner Emil Nava and streamed internationally on TikTok (@edsheeran) from 9pm BST – will include a slew of fan favorites. During an interview with BBC Radio 1, Sheeran previewed the new track, calling it “really different.”

“My first single was meant to be ready for now, and I was meant to be playing it at One Big Weekend,” Sheeran told broadcaster Jordan North before his Big Weekend program. “I’m using a band for the first time and it feels like the next stage/ I’ve done band stuff before but only at the request of TV shows,” he added, hinting at what his next period may be like. The Atlantic Records artist went on to say that he’d “done the loop pedal thing for 15 years” and that he wanted to try something new. “Some of the songs that I felt needed a band were the weakest parts of the tour.”

Ed Sheeran’s most recent solo album, “Divide,” was released in 2017, featuring singles “Shape Of You”, “Galway Girl” and “Happier”. The singer/songwriter’s most recent work was the star-studded ‘No.6 Collaborations Project’ album, which featured Justin Bieber, Eminem, Camila Cabello, Cardi B, and Stormzy, whose single “Take Me Back to London,” went to #1 on the UK Singles Chart.