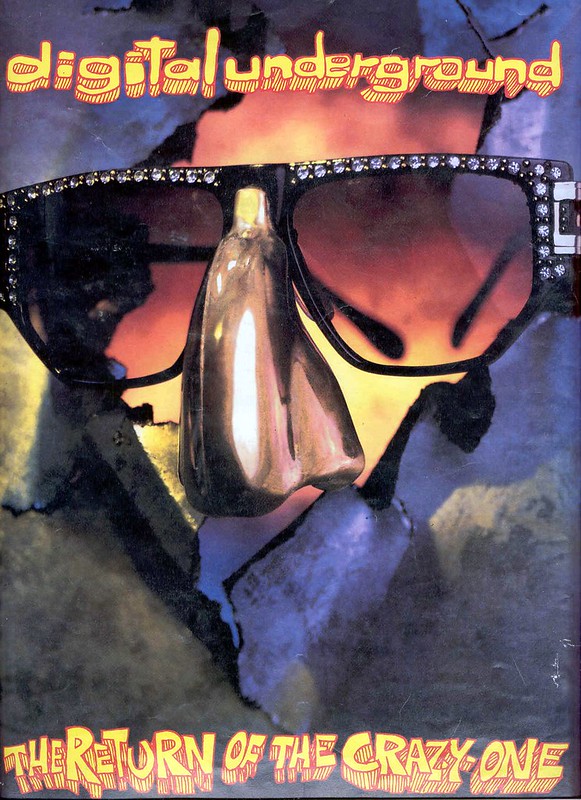 Gregory Edward Jacobs, known as Shock G, the frontman for the influential hip-hop group Digital Underground, was found dead on Thursday at a hotel in Tampa, FL. He was 57.

Digital Underground had a string of hits in the early 1990s and introduced its audience to a rapper who would later become a household name: Tupac Shakur. The New York Times wrote in 1991 that, the group’s name sounded like “a band of outlaws from a cyberpunk novel,” with a sound that “straddles the line between reality and fantasy, between silliness and social commentary.”

As for Shock G himself, in the video for “The Humpty Dance,” he took on the persona of Humpty Hump, the title character, donning a pair of dark-rimmed glasses with an obviously fake nose, a fur hat and tie. He later became known for the look, specifically, in the video for the song, “Doowutchyalike,” where he encouraged listeners to let loose and enjoy themselves as a saxophone gently riffs over the beat.

Shock G saw music as expansive, inclusive and experimental. “Funk can be rock, funk can be jazz and funk can be soul,” he told The Times. “Most people have a checklist of what makes a good pop song: it has to be three minutes long, it must have a repeatable chorus and it must have a catchy hook. That’s what makes music stale. We say ‘Do what feels good.’ If you like it for three minutes, then you’ll love it for 30.”