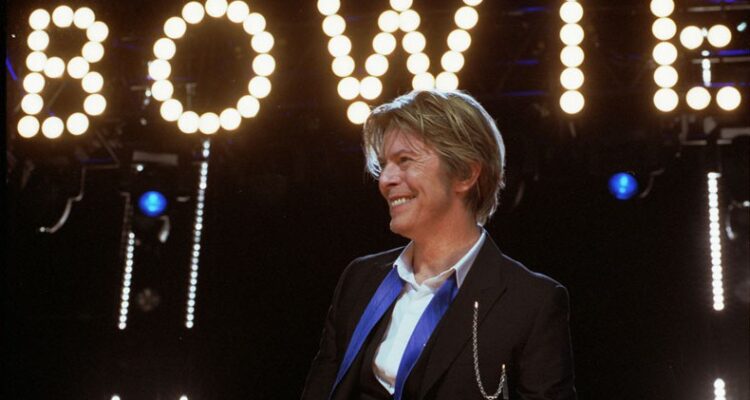 In honor of the late music legend’s 75th birthday next year, David Bowie‘s estate plans to release a posthumous album and more.

Having passed away from cancer in 2016, two days following his 69th birthday, according to papers filed by the legendary musician’s estate, in addition to his music and videos, Bowie’s widow Iman and children Alexandria and Duncan, are looking to release merchandise and other items of memorabilia to mark the milestone.

According to a reliable source close to the deal “There is still a huge appetite for more material, recordings and all things Bowie. It’s a perfect time to release some. Obviously they want to be careful to keep to stuff they feel David would have approved of.” Including collectors’ books, artwork, clothing, footwear, ceramics and glassware, a new logo with the ‘Starman’ musician’s iconic lighting bolt and “Bowie 75” was submitted for trademarking and copyright approval.

It was recently announced that Bowie’s lost 2001 album ‘Toy’ will be released on November 26 as the ‘Space Oddity’ hitmaker had “revisited and re-examined” his past material for the record – which combined new tracks with fresh versions of lesser-known tunes from 1964 and 1971 including revisited gems like Bowie’s debut single ‘Liza Jane’, alongside ‘You’ve Got a Habit of Leaving’ and ‘Silly Boy Blue’ that was recorded in 2000 with live musicians in Manhattan. ‘Toy:Box’ will also come with an unplugged collection of 13 songs from the album.

Part of the new ‘David Bowie 5: Brilliant Adventure (1992-2001)’ box set, the collection will include remasters of ‘Black Tie White Noise’, ‘The Buddha of Suburbia’, ‘Outside’, ‘Earthling’ and ‘Hours’, plus live album ‘BBC Radio Theatre, London, June 27 2000’ and rarities compilation ‘Re:Call 5’.

On January 7, 2022, there will be an expanded edition which closes with a song put together from a jam at the end of a live version of ‘I Dig Everything’ and the package also include previously unseen photos taken by Frank Ockenfels, as well as alternative mixes and unheard B-sides.

The Estate of David Bowie recently announced a historical deal with Warner Music Group, who now owns the rights to the iconic singer’s entire back catalogue, excluding the rocker’s pre-1968 recordings and a slew of other tracks. While the major record label previously owned the singer/songwriter’s repertoire from 1968 to 1999, the Sony released records ‘Heathen’, ‘Reality’, ‘The Next Day’ and ‘Blackstar’ will now have a home at Warner as of 2023.