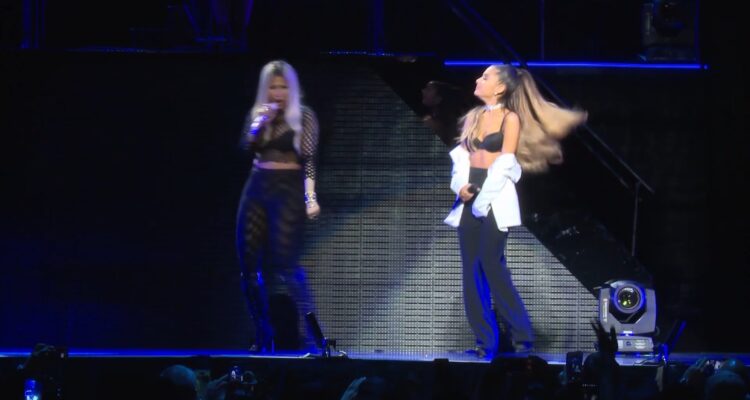 Ariana Grande Weeps On ‘The Voice’ As She Eliminates Contestant: Watch + Listen

It was an incredibly emotional Monday night on The Voice for judge Ariana Grande when Bella Denapoli performed against Katie Rae.

As the duo sang “No More Tears (Enough Is Enough),” the 1979 hit recorded by Barbra Streisand and Donna Summer, both Team Ariana singers left it all on the stage with so much emotion that the four coaches found it hard to separate them.

John Legend described the effort as a “powerhouse,” and Kelly Clarkson enthused, “That was so rad.” as both sided with Rae, while Blake Shelton leaned towards Denapoli.

Fighting back her tears, Ariana Grande made a difficult choice stating: “There’s nothing that either of you two can’t sing, and I feel privileged to work with you and to have spent this time with you.” But following her choosing Katie Rae as the winner, the superstar pop singer hit the ‘Save’ button to keep Bella Denapoli in the competition as she spoke about how she and her mom would sing ‘Enough Is Enough’ when she was a little girl.