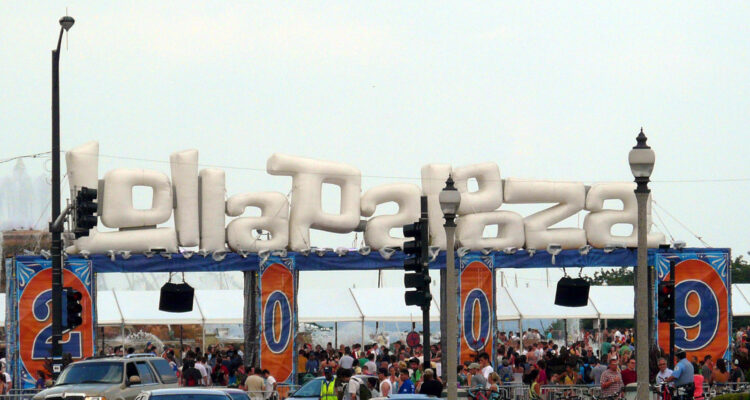 As the United States moves closer to normalcy, Lollapalooza Festival will return to Grant Park in Chicago from July 29 thru August 1.

According to sources, the city of Chicago approved the event at near-or full-capacity, and an official announcement with headliners, is expected next week. One representative told a Chicago-based newspaper late last month, “We are excited about the progress in Chicago as the city continues to reopen… As we continue to prepare for the event, we are in close touch with city and public health officials and remain excited about Lollapalooza 2021 in Grant Park.”

“The Mayor’s Office and CDPH (Chicago Department of Public Health) have been in conversation with several large event organizers, including the team at Lollapalooza, on how to bring these experiences back to Chicago in a safe way,” stated Mayor Lori Lightfoot’s office. “We’re looking at these incidents one by one to see if we can keep our customers secure. Although discussions have progressed in a positive direction, nothing has been confirmed.” According to the newspaper, Lightfoot also declared that the city is loosening its current pandemic limits, allowing the city to operate with 15 people per 1,000 square feet. The Windy City Smokeout, set for July 8-11, will be the city’s first street festival, but all vendors, performers, and staff must be fully vaccinated, and non-vaccinated participants must provide evidence of a negative COVID test taken within three days of entry.

Since the fall of 2019, Lollapalooza will be one of several major festivals to take place in the United States. Rolling Loud, a three-day hip-hop festival headlined by A$AP Rocky, Travis Scott, and Post Malone, will take place at the 65,000-seat Hard Rock Stadium in Miami from July 23 to 25. In September, New York will host the Governors Ball Festival, which will feature A$AP Rocky, Post Malone, 21 Savage, Megan Thee Stallion, and Dababy, as well as more Lollapalooza-focused artists including Billie Eilish, J Balvin, Phoebe Bridgers, and Portugal. The Man.

The timing of Lollapalooza corresponds to predictions made not only by industry insiders, but also by Michael Rapino, CEO of Live Nation, the world’s largest live-entertainment company, who predicted a return to outdoor concerts in the United States and the United Kingdom by mid-summer in February. In a recent Recode podcast interview, he went into greater detail. “It’s changing daily — every state is slowly opening up,” he said when asked when fans would expect concerts to return. But it’s really from July onwards that you can start going to a larger-capacity outdoor show, and some festivals in the United States will begin in July. In the United Kingdom, I believe we’ll be fine from July onwards, and the rest of the world is months behind, but in the United States, some states will be hosting full-house outdoor shows by July.”

Tickets for Lollapalooza 2021 are available here