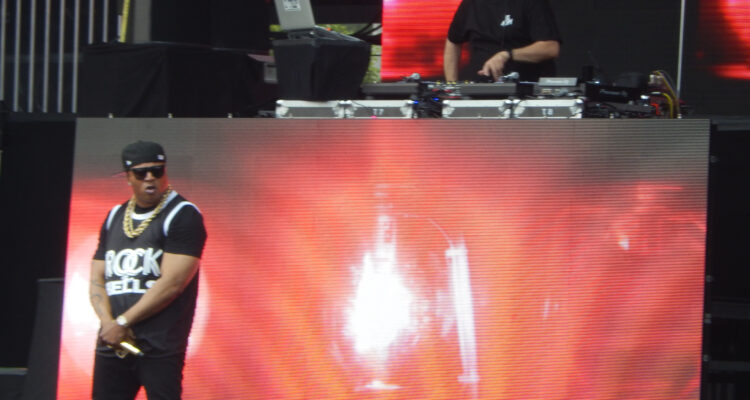 During his We Love NYC: The Homecoming Concert performance on Saturday (8.21) LL Cool J invited several of his longtime Hip Hop homies – including Fat Joe, Busta Rhymes, Remy Ma and French Montana – for a medley of hits.

In addition to the rapper/actor (born James Todd Smith) performing his 1990 classic “Mama Said Knock You Out” for the crowd, Rev Run joined LL onstage for an over-the-top rendition of Run-DMC’s 1986 hip-hop hit “It’s Tricky.”

What became a tribute to days gone by, Grandmaster Flash and The Furious Five’s Melle Mel and Scorpio also hit the Central Park stage to perform their eternal New York City anthem “The Message.”

Nearly 60,000 people were predicted to attend Saturday’s “Homecoming” show and to create “an all-time New York state of mind,” CliveDavis, the event’s co-producer, told Rolling Stone that he “wanted every genre of music represented, so I reached out to artists across rock, rap, pop, Broadway, classical music.”