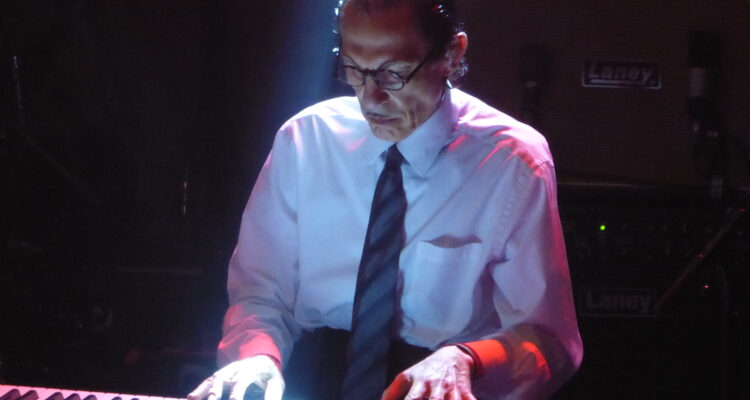 Recognized for their über-inventive approach to songwriting since the late 1960s, Sparks are the subjects of a brand new documentary by Edgar Wright.

On June 18, Focus Features will release “The Sparks Brothers,” a film about the avant-garde art-pop musical brothers that earned critical acclaim at the Sundance Film Festival earlier this year.

“How can one rock band be successful, underrated, hugely influential, and criminally overlooked all at the same time?” says Focus. “With commentary from celebrity fans Flea, Beck, Jack Antonoff, Jason Schwartzman, Neil Gaiman, and others, ‘The Sparks Brothers’ brings viewers on a musical odyssey through five strange and wonderful decades with brothers/bandmates Ron and Russell Mael, celebrating the inspiring legacy of your favorite band’s favorite band.”

Wright told a popular media outlet at Sundance about how he concluded the documentary on the same day as shooting his forthcoming fashion industry thriller “Last Night in Soho,” starring Anya Taylor-Joy, Matt Smith, and Thomas McKenzie. “I had the most surreal thing. I’m not a good multitasker but I guess now I have finished two films at the same time, ” Wright said. “The last day before the Christmas holiday, the 21st of December, I had to sign off on both films on the same day. It was so strange. Friday morning I watched ‘Soho’ in the Dolby Cinema, and then 2pm I go to Technicolor and sign off on ‘Sparks Brothers.’ That’s a lot of movie for one year! ”

During the pandemic in 2020, production on “Last Night in Soho” was halted for five months, and Wright shifted his focus to editing “The Sparks Brothers.”

“A straightforward but delightful and unusually spirited love letter to the least straightforward (but delightful and unusually spirited) art pop duo in the history of British-sounding American music, Edgar Wright’s [film] is a beat-for-beat celebration of the band’s deathless creative odyssey, an irresistible invitation to join the band,” writes the same media source of “The Sparks Brothers,” which premiered at Sundance.

In addition to the soon-to-be released biopic documentary, Sparks will be contributing all of the music to Leos Carax’s forthcoming (and Cannes-bound) romantic saga “Annette,” starring Marion Cotillard and Adam Driver.