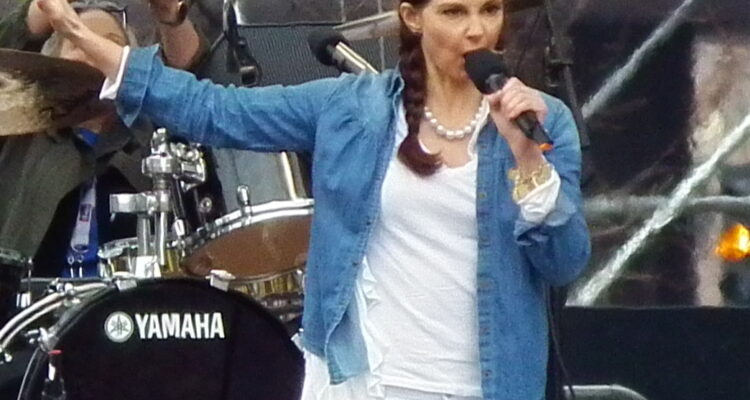 Following the shocking April 30 death of singer/actress Naomi Judd (who formed the country music duo The Judds with her eldest daughter Wynonna), actress Ashley Judd has formally shared details about her mother’s death.

During the Thursday (5.12) interview with Good Morning America’s Diane Sawyer, Ashley explained that she and her sister, as well as their stepfather Larry Strickland, had decided to address Naomi’s death before the details become “public without our control”, stating:

“There are many places to begin. I think that I would start with – my mother knew that she was seen and she was heard in her anguish. And that she was walked home.” “When we’re talking about mental illness, it’s very important and – to be clear, and to make the distinction between our loved one and the disease. It’s very real – and it’s enough to – it lies. It’s savage.”

Ashley went on to describe how she was spending time with her mother at home and went to welcome a friend inside who had just arrived.

“I went upstairs to let her know that the friend was there and I discovered her. I have both grief and trauma from discovering her.” “She used a weapon. Mother used a firearm. That’s the piece of information that we are very uncomfortable sharing, but understand that we’re in a position that – if we don’t say it, someone else is going to.” “She obviously was suffering. And, as such, her days up until that moment – were hurtful to her.”

In addition to sharing the tragic news, the actress remembered how her mom was a “brilliant conversationalist” and an “unfailingly kind, sensitive woman”.

Urging others who suffering from mental health issues to reach out for help, Ms Judd said:

“There is a national suicide hotline and that people who are in distress can call that national suicide hotline. And that there’s the National Alliance for Mental Illness and they, too, have a hotline.” “And so I (am) very careful when we talk about this today that for anyone who is having those ideas or those impulses, you know, to talk to someone, to share, to be open, to be vulnerable.”