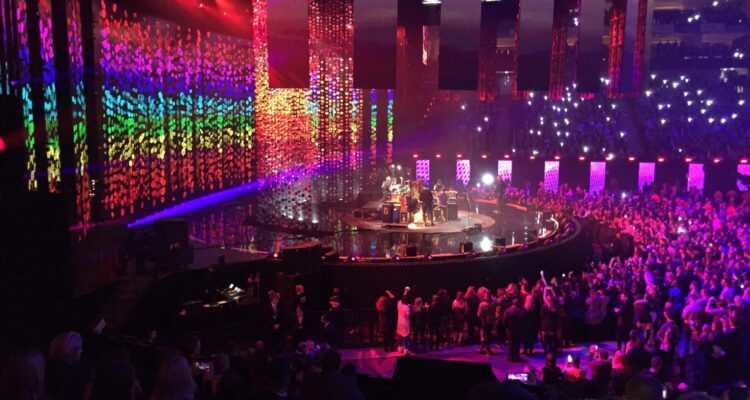 Despite the ongoing pandemic, domestic and international award shows have moved into post-COVID territory as the 2021 Brit Awards marked the return of big-time celebrity-featured events in the United Kingdom, following last month’s Oscars in the United States.

The first live event at London’s O2 Arena in more than a year, the Brit Awards contained a packed, unmasked, distanced house of essential staff and talent. Steeped with incredible performances, worthy award wins, and hilarious moments, the following are some of the more interesting highlights of the 2021 star-studded event.

Back in 2020, Rina Sawayama chastised the show’s nominations process, claiming that she wasn’t qualified for the Brits because she wasn’t a English citizen. Months later, her outspoken position paid off as the awards modified their eligibility rules and she was nominated for the Rising Star Award. Sawayama didn’t waste the opportunity, arriving in a dazzling purple gown and though she didn’t win (vs singer-songwriter Griff), she received a shot at a bigger prize: a remix of Lady Gaga’s “Free Woman.”

Performing an even more stripped-down version of “drivers license” than the one she recorded in the studio, Olivia Rodrigo made her Brits debut with only a piano and a harp. Without percussion to propel the song forward, the rendition came across as a bit sluggish, particularly when it came to the climactic bridge.

Surprise of the Night: One of the most controversial topics surrounding today’s pop music news is Coldplay‘s latest partnership with über-successful, Swedish songwriter, Max Martin. Is this yet another cliched moment from a forgotten band or Is this the track for the summer? Coldplay made a strong case for the latter as the Brits’ openers, playing a vivid, high-energy version of the song right on the Thames.